A Roman Catholic bishop from Springfield, Ill. (Thomas Paprocki), who has called the Democratic Party platform "intrinsically evil," challenged the likes of Sen. Roy Blunt and U.S. Rep. Todd Akin on Sunday to be more like Sir Thomas More, who was beheaded in 1535 after being convicted for treason.

I don't get it. If the bishop is such a right-winger himself why does he want Republican politicians to commit treason and be beheaded. Anyway, I thought the Roman Catholic Church was against capital punishment.

On the other hand it is an interesting idea. Although, to be honest, I doubt that having no head will make that much difference to the performance and rhetorical skills of the majority of Republican politicians. 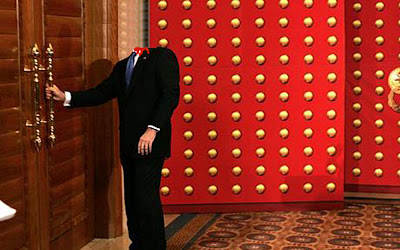