A Russian Orthodox bishop has lowered a "holy memorial capsule" into the sea at the North Pole in an attempt to "consecrate" the Arctic and reassert Moscow's claims to the territory. The service was held by Bishop Iakov on the ice alongside the nuclear icebreaker Rossiya during a polar expedition titled "Arctic-2012", organised by the country's Arctic and Antarctic Research Institute. The metal capsule carried the blessings of the church's leader, bearing the inscription: "With the blessing of Patriarch Kirill of Moscow and All Russia, the consecration of the North Pole marks 1150 years of Russian Statehood." Patriarch Kirill, the head of the Russian Orthodox Church, is a close ally of President Vladimir Putin, who says exploiting oil and gas reserves in the North is a "strategic priority". 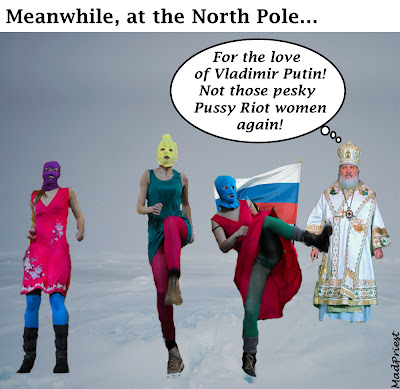