Hallucinogenic berries, not religious experience, likely caused the strange behavior of a monk who was discovered stumbling naked through a German forest on the sixth of September. Police found the man cold and disoriented and took him to the hospital.

Apparently the monk had eaten poisonous berries (probably from the Deadly Nightshade plant) while camping. The berries reportedly gave him hallucinations and partial paralysis, preventing him from finding his way back to his tent.

A police spokesperson said, "It wasn't clear why he wound up naked." 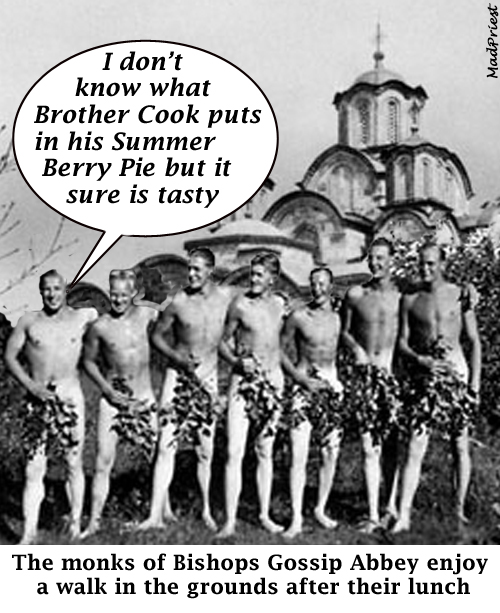