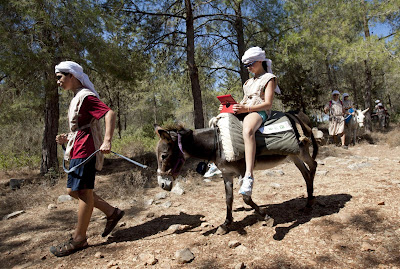 An Israeli attraction meant to immerse tourists in an authentic, ancient biblical experience has outfitted its donkeys with wireless routers. At the historical park of Kfar Kedem in northern Israel, visitors decked out in biblical robes and headdresses ride donkeys through the rolling hills of the Galilee, learning how people lived in Old Testament times. Now they can also surf the web while touring the land of the Bible on one of the oldest forms of transportation. A device slung around the donkey's neck like a feedbag is actually a Wi-Fi router. The wireless donkey tour has been running for less than a week, but it is already a hit with visitors.

"I don't miss any news," visitor Peter Scherr said. "I send pictures back to my family while I'm having fun on the donkeys." 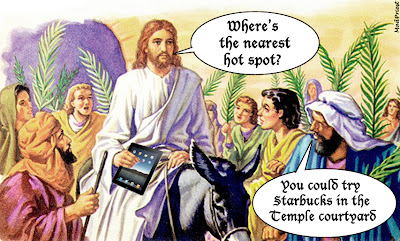