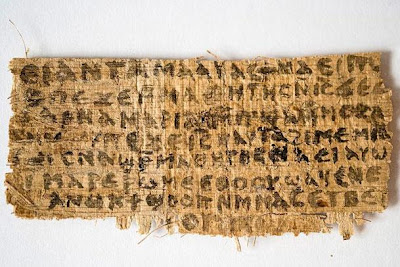 Karen L. King, a historian of early Christianity at Harvard Divinity School, has identified what appears to be a scrap of fourth century Egyptian papyrus that contains the first known explicit reference to Jesus as married. The fragment, which has been preliminarily authenticated but still must undergo further testing, portrays Jesus as referring to a woman as his legitimate disciple, most likely his wife, whom the text’s author probably believed to be Mary Magdalene.

The text is not evidence Jesus was married, said the professor. But she said it may cast new light on the history of early Christianity, including the formation of Christian views of celibacy and whether women were members of Jesus’s inner circle.

“The issue has far from gone away,” King said.

The fragment is smaller than a business card, and appears to have been torn from the middle of a page of a codex, or primitive book, written in a southern Egyptian dialect. It contains just eight broken lines, scrawled in a crude Coptic hand.

The next line reads: “…  she will be able to be my disciple.”

The fragment appears to underscore the diversity of Christian ideas about Jesus’s life when the faith was still in its infancy, before the books of the New Testament had been canonized and religious councils convened to resolve differences over beliefs.

“It helps to remind us that practically everything that later generations told about Jesus was put together and edited by somebody well after his death, and represents the view of Jesus that they were trying to get across,” said Roger Bagnall, director of the Institute for the Study of the Ancient World and professor of ancient history at New York University, who helped King authenticate the papyrus. 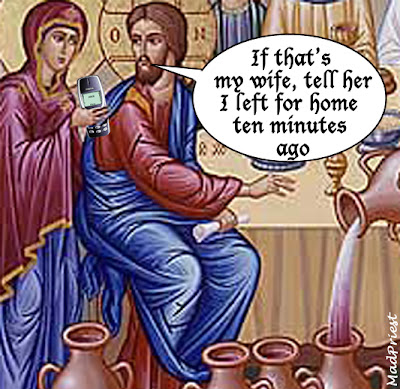