Shane and Marlen Roessiger, of Venice, Florida, are facing a $250 per day fine for hosting Friday night prayer and Bible study gatherings in their home that are attended by as many as 10 people, an act that city officials argue violates zoning codes.

It is difficult to understand how it is illegal to have a prayer meeting on Friday night with a half dozen people but it is alright if I invited the same group on Monday evening to watch Monday night Football,” Roessiger said.

This would never happen in an unfree nation like England. Heck, it would have put Tupperware and Ann Summers out of business. On the whole, in England you could only be prosecuted for what you do in your own home if it was causing a significant nuisance to your neighbours. Just running a business from home is not against the law and even holding a full blown house church meeting in a private residence would never get you into trouble with the law. 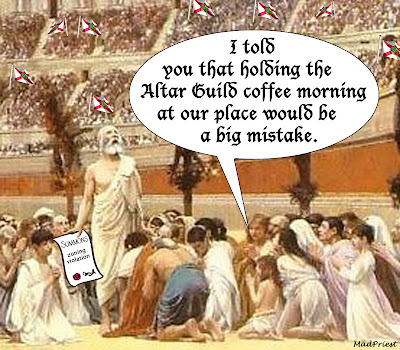