From THE INQUIRER (The Philippines):

While she didn’t get formal schooling, Olympia memorized the Ten Commandments, the seven sacraments of the Catholic church, the mysteries of the Holy Rosary and how to pray the Angelus. These she can recite in Spanish and Cebuano.

Police officer, Sanguniang Kabataan, is Olympia’s eldest great grandson. He said he never forgot how “Lola Limpia” would beat him after he climbed a tree against her wishes. He said that his grandmother was a disciplinarian and a devout Catholic. As a a child, the police officer remembered praying with her on their knees in front of the altar before going to bed. If his lola caught them coming home late, the children would be made to pray over and over again. 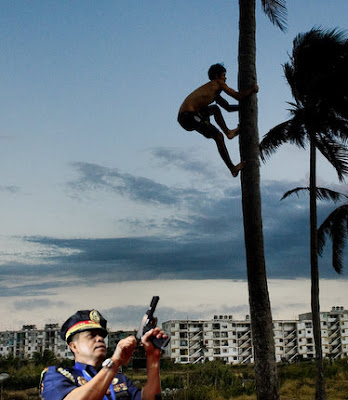