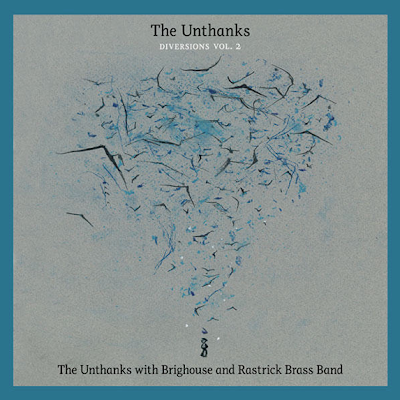 I used to be a huge fan of the Unthank sisters when they fronted the folk group, Rachel Unthank and the Winterset. I've lost count of the number of times I saw them in concert. They were a particular favourite of Mrs MP. Unfortunately, in 2009 they morphed into The Unthanks and said goodbye (for a reason I have never been able to ascertain) to founder member, Belinda O'Hooley. This was a real bummer.

Belinda is a very funny person and an extremely talented pianist and songwriter. More mature in attitude to the Unthank sisters, she held the band together and her confidence gave the band a stage presence that they are now greatly lacking. She would interrupt the group's songs about miners and the usual folkie icons with her own songs based on her experience of being a lesbian. Such subject matter is unusual for any English band but in the folk scene, with its obsession with the deflowering of young maidens, it was previously unheard of. Without, Belinda, the group has become far too earnest and have engaged in some right pretentious projects. Worst of all, they are no longer funny.

Therefore, I haven't paid much attention to them recently. At least, that was the case until a couple of days ago when I bought their new album, "Diversions, Volume 2," a live recording of a concert tour they undertook last year with The Brighouse and Rastrick Brass Band. I'm a sucker for brass band music, especially that which comes from the working class tradition. When I was a priest in the last deep mine village in Northumbria, many years ago, the local brass band, connected to the mine, used to accompany us at our carol services each Christmas and it was a wonderful experience brimming with nostalgia and a sense of belonging.

So, I was sold on the album before I even heard it. On the whole, my investment was worthwhile. The Brighouse and Rastrick Brass Band are, as they always are, brilliant. The sisters sing well. The only low points on the album is when some bloke starts singing faux-jazz.

Here is the first track off the album, the beautiful, modern folk ballad, "The King Of Rome," originally made famous by June Tabor.

The King of Rome was a racing pigeon that won a 1,001-mile race from Rome, Italy to England, in 1913. The bird, a blue cock, was owned and bred by Charlie Hudson (born early 1870s, died 13 March 1958 aged 84, of Derby. On the bird's death he presented its body to Derby Museum and Art Gallery where its taxidermied skin is preserved.

The King of Rome and its owner were the subject of a song and book by Dave Sudbury (born Derby). It tells how on the day of the big race a storm blew in. A thousand birds were swept away and never seen again.
(WIKIPEDIA) 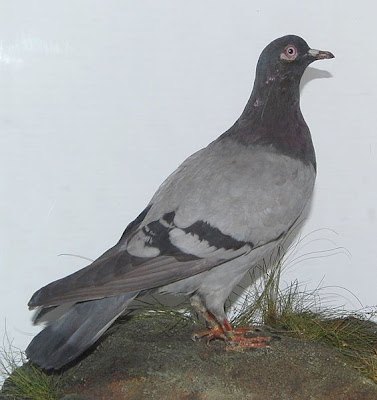