Grandmère Mimi and me are having a extended break from each other to preserve our sanity. However, there are still occasional emails between us and I recently received the following cartoon from the venerable, Louisianan blogger. I must admit that it's spot on as far as the Church of England is concerned. It seems that everything has to be complicated, every request or suggestion is viewed negatively to begin with, problems are sought rather than opportunities. Basically the Church of England is a drag - on and on and on. A person could die waiting and, at the moment, that is my greatest fear. 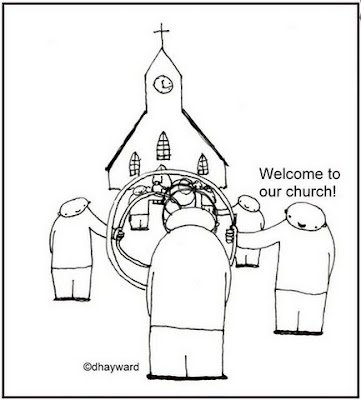