In their continuing campaign to take over the legislature of the United States of America, the generals of the Nation of Vatican (a small, independent country in Europe) have dropped the bomb on San Francisco. The weapon of mass destruction, named Don Salvo Corleone (after The Godfather Of All Lies), contains the heavy metal, satanium, which has the unique property of causing extreme harm to gay people and their friends whilst leaving bigots completely untouched.

Full details at THE OAKLAND TRIBUNE. 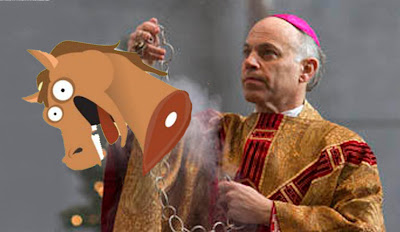