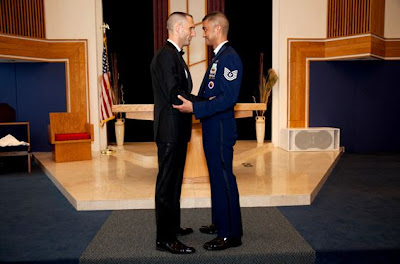 Will and Erwynn met at church and fell in love. But they had a big problem—“don’t ask, don’t tell.”

Do go read their story by clicking on the word "SLATE" above. It's painful to read some of it but it has a happy ending. As a Christian who is finding it more and more difficult to justify the existence of the Church as it appears intent on perverting the image of God and sending the world straight to hell, it was the following passage, near the beginning of the piece that pained me the most.

Will was born outside of Chicago in 1976. His mother was a teacher. His father, a marine-turned-fundamentalist-minister, spent most of the year on the road through his work with Fairhaven Baptist church in Chesterton, Ind. Will’s father was its youth pastor and vice president of the church’s small Christian college.

Fairhaven Baptist was founded by Dr. Roger Voegtlin, a firm believer in corporal punishment. Will recalls Dr. Voegtlin giving spanking demonstrations and instructions during church. Will’s parents followed Dr. Voegtlin’s example, imposing strict discipline on Will and his three siblings. Will ran away from home twice, in fifth and sixth grade, because he was so fearful of punishment from his father.

Will attended Fairhaven Baptist Academy, the K-12 extension of Fairhaven Church. Last year on Anderson Cooper 360, former students of the academy alleged that they were subjected to a host of abuses, including violent public beatings and humiliation for minor infractions at the hands of teachers and school administrators. In the CNN interview, Dr. Voegtlin admitted that public paddlings meant to humiliate children had taken place, but he denied knowledge of other incidents of abuse that the students alleged. Will describes Fairhaven as “not a place I want to remember,” and says he’d never send his own children to school there. 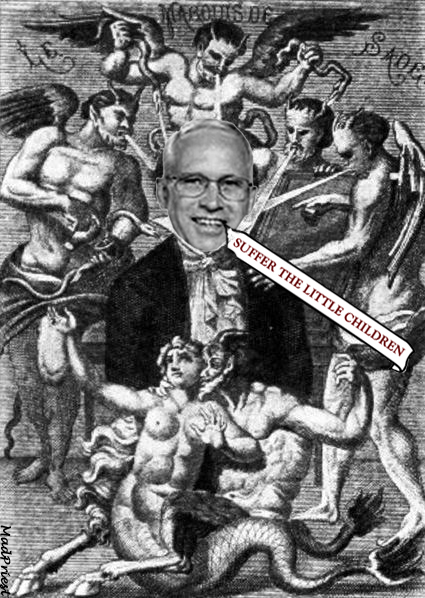 Thanks to KJ for forwarding this story to me.