Dr. Primrose sent me A LINK to a lengthy, amusing but, ultimately, sickening article on the Reverend Christopher Kelly's attempt to steal the church he used to work for to give to rulers of a small, independent state in Europe and the subsequent unholy war that has broken out among members of the congregation. You have to read it as there is no way I could summarise the goings on other than by quoting my Facebook friend, C. Eric, who left the comment, "Oh what tangled webs..."

However, I can provide a photoshop that might just explain the truth behind the former Anglican minister's property grabbing manoeuvrings. 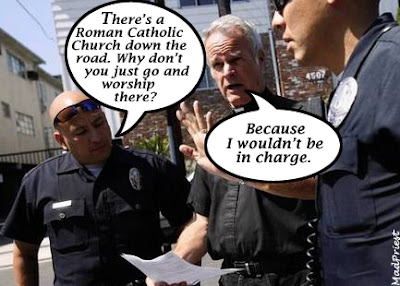