Sunday saw us return to the fishing village of Dunure, which we visited briefly earlier in the week. I have a thing about ports and harbours. I expect it is because my father was in the merchant navy and most of my holidays as a child were spent at a dockyard onboard one of his ships. Although small, Dunure has everything I require in life - a harbour with boats, a pub, a coffee shop, a public convenience and a general store. The ruined castle and the park are the icing on the cake. 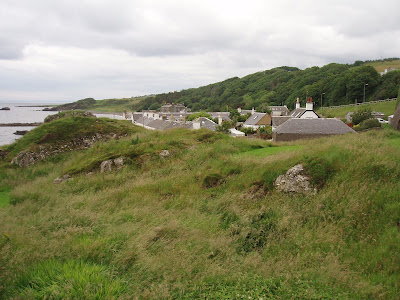 This fifteenth century dovecot is in excellent condition considering the elements that have bashed against it over the years. They built stuff to last in those days. 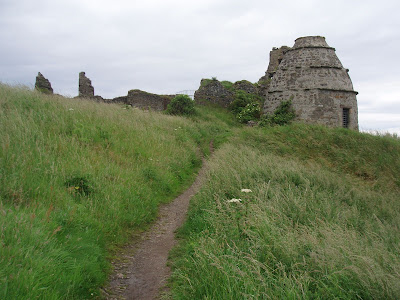 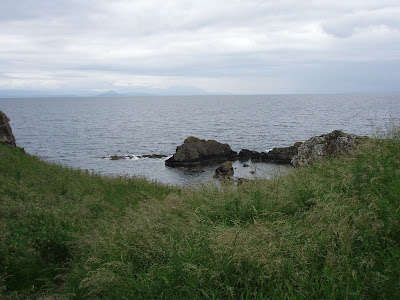 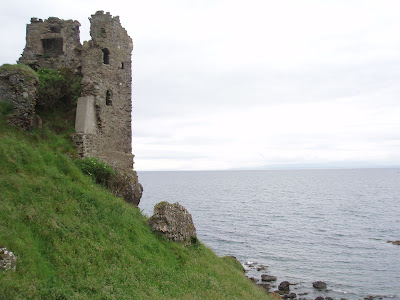 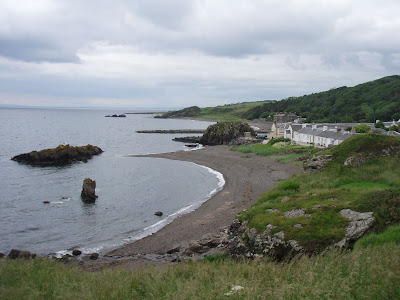 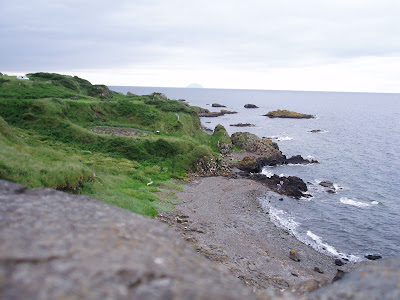 When I was a kid you could go pretty much anywhere you liked no matter how dangerous. If you fell off a wall and killed yourself it was your own damn fault. Nobody got sued over it. Nowadays everything is somebody else's fault so, to avoid being taken to court, the authorities put up gates and railings to stop you climbing on the dangerous, but interesting, bits of our national monuments. For a big kid like me this is extremely annoying. 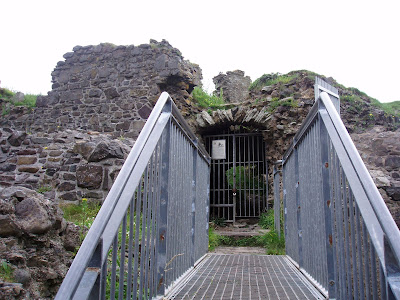 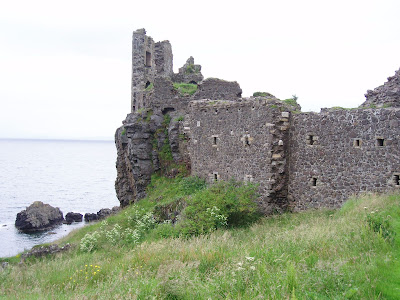 A labyrinth on the seashore. 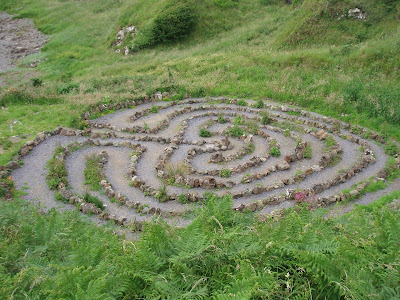 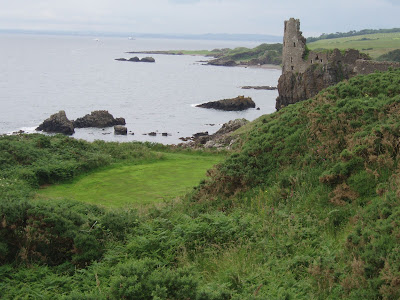 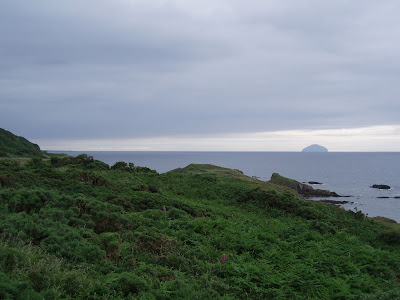 Mrs MP loves these things. Me and the girls stood patiently as she found every location pointed to on the plaque. 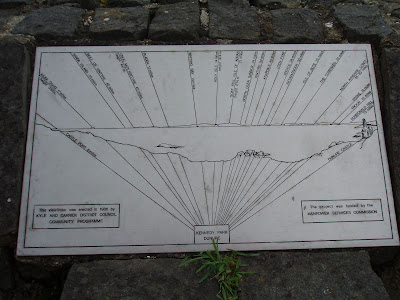 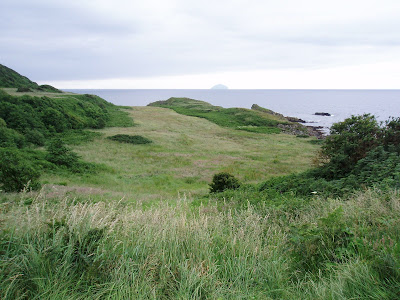 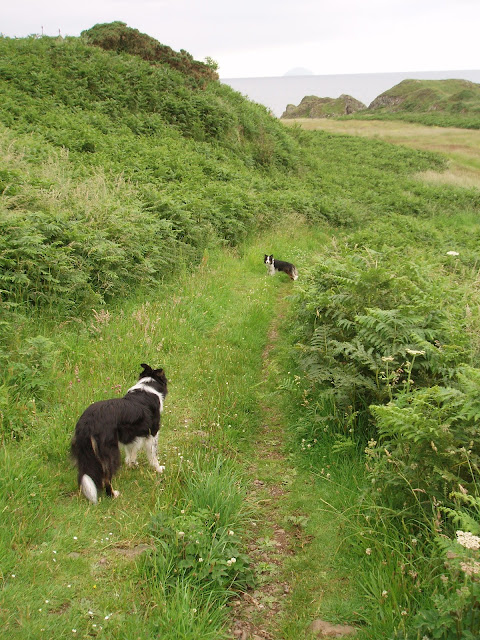 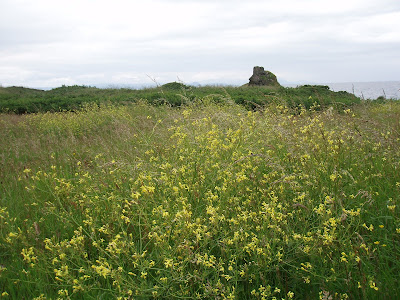 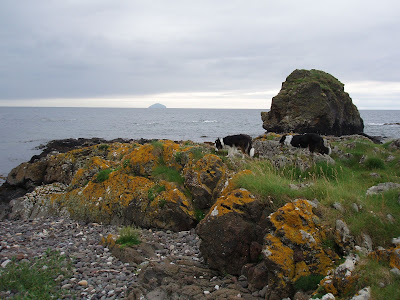 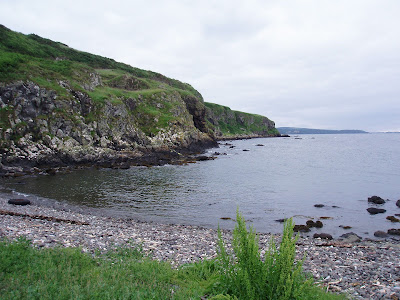 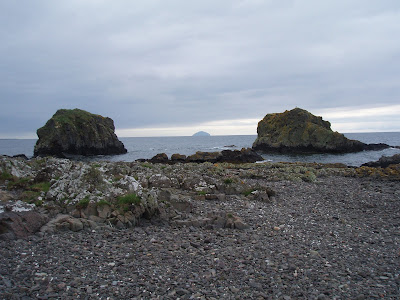 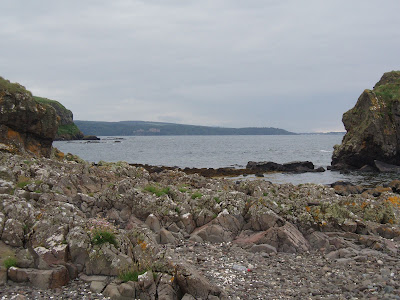 Culzean Castle, Ailsa Craig and Goatfell on Aran, rise out of the murk. 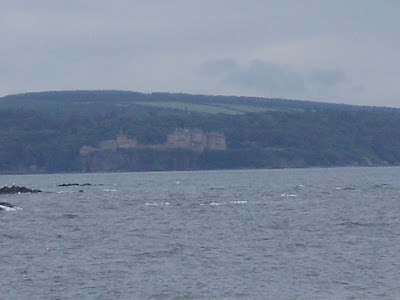 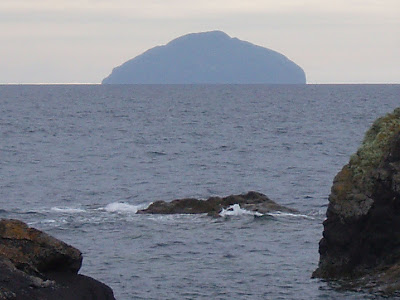 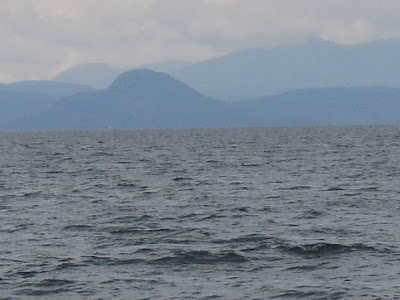 And after our walk we all retire to the Dunure Inn for refreshment.
What a civilised afternoon!