Brad Pitt's mother has written a letter to the Springfield News-Leader stating that Christians should pray before casting their vote for president.

She penned her response to an op-ed writer who said many Christians could not vote for a Mormon. But with the other choice being Obama, who supports abortion and homosexuality, Richard Stoecker said in the piece that some, including him, will vote for neither. 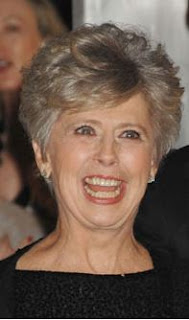 While also expressing her disagreement with the tenets of the Mormon religion, Pitt cautioned against his choice. She stated, "But I think any Christian should spend much time in prayer before refusing to vote for a family man with high morals, business experience, who is against abortion, and shares Christian conviction concerning homosexuality just because he is a Mormon."

"Any Christian who does not vote or writes in a name is casting a vote for Romney's opponent, Barack Hussein Obama – a man who sat in Jeremiah Wright's church for years, did not hold a public ceremony to mark the National Day of Prayer, and is a liberal who supports the killing of unborn babies and same-sex marriage."

She would probably have voted for Hitler because he liked dogs.

I feel sorry for Brad. Not just because he has a mother who embarrasses him in public by coming out with comments that a child member of the Ku Klux Klan would consider too childish and bigoted, but because he seems to be suffering from the same delusional illness she is suffering from.

Speaking of his mum's personality, Pitt once said, "She's very, very loving – very open, genuine, and it's hilarious because she always gets painted in the tabloids as a she-devil. There's not an ounce of malice in her. She wants everyone to be happy."