The Royal Burgh of Ayr (pop. approx. 46000) is a town of two distinct halves. The south of the town is quite affluent and could easily be confused with one of the leafier suburbs of London. The north of the town could easily be confused with the grottier parts of west Glasgow. In the middle is the town centre which is neither posh or grotty. It's functional and the car parking is cheap and plentiful.

Ayr's main claim to fame (at least as far as the Scottish tourist board is concerned is that that famous writer of Scots doggerel, Robert Burns, was born, and grew up, in the village of Alloway, which is now on the southernmost edge of the Ayr conurbation. Although in young Robert's time it was just a poor village on the River Doon it is now extremely posh. It is now a prime example of the irony of culture in a capitalist nation in that the poet's humble birthplace is now surrounded by des resses which cost more than I have earned so far in my life.

On Monday, the MadGang did the Robert Burns experience. 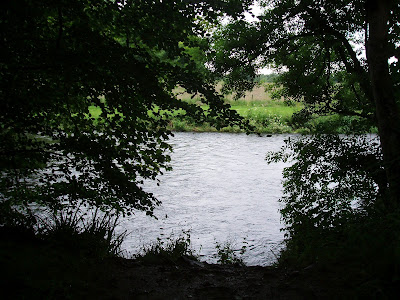 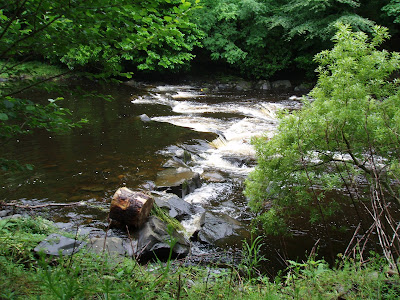 Warlocks and witches in a dance;
Nae cotillion brent-new frae France,
But hornpipes, jigs strathspeys, and reels,
Put life and mettle in their heels.
A winnock-bunker in the east,
There sat auld Nick, in shape o' beast;
A towzie tyke, black, grim, and large,
To gie them music was his charge:
He scre'd the pipes and gart them skirl,
Till roof and rafters a' did dirl.--
Coffins stood round, like open presses,
That shaw'd the dead in their last dresses;
And by some develish cantraip slight,
Each in its cauld hand held a light.--
By which heroic Tam was able
To note upon the haly table,
A murders's banes in gibbet-airns;
Twa span-lang, wee, unchristen'd bairns;
A thief, new-cutted frae a rape,
Wi' his last gasp his gab did gape;
Five tomahawks, wi blude red-rusted;
Five scymitars, wi' murder crusted;
A garter, which a babe had strangled;
A knife, a father's throat had mangled,
Whom his ain son o' life bereft,
The gray hairs yet stack to the heft;
Wi' mair o' horrible and awfu',
Which even to name was be unlawfu'.
Three lawyers' tongues, turn'd inside out,
Wi' lies seam'd like a beggar's clout;
Three priests' hearts, rotten, black as muck,
Lay stinking, vile in every neuk. 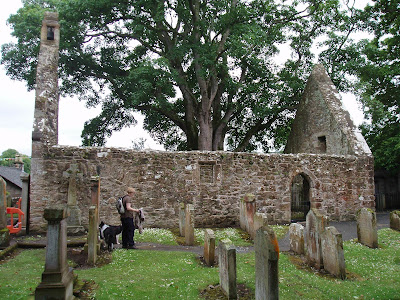 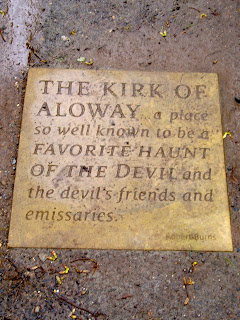 Well, I'm not surprised.
I mean, it did belong to
the Church of Scotland 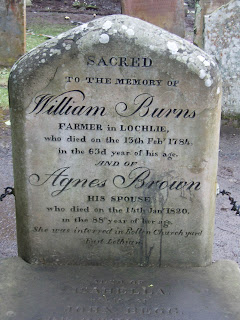 The grave of
Robert's old
mum and dad. 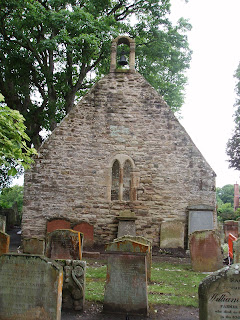 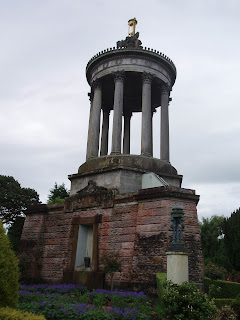 View from the gallery of the Burns' Memorial 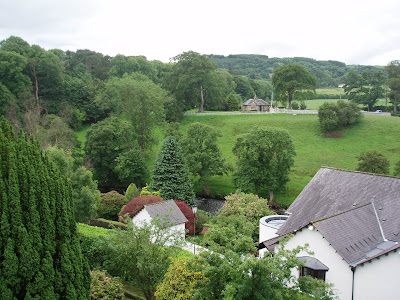 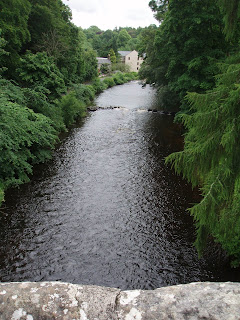 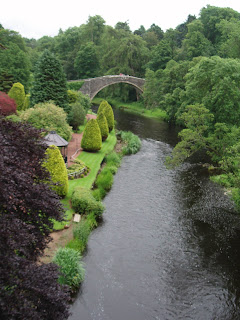 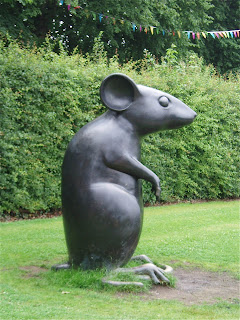 The cottage in which Robert Burns was born 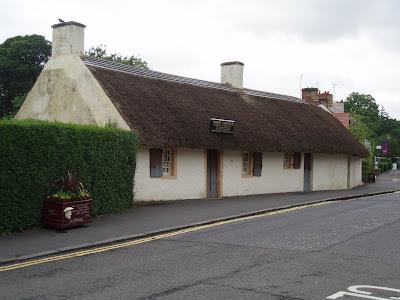 The beach at Seafield (near Alloway) 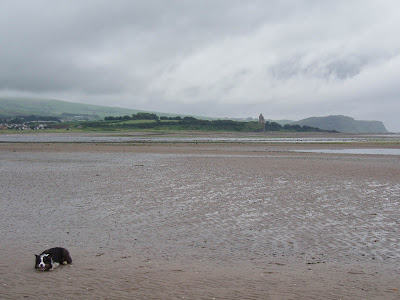 The mouth of the River Doon
(with swan family) 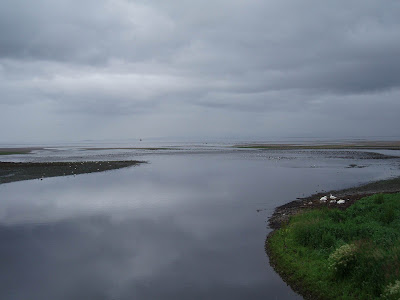 Upstream from the mouth of the River Doon 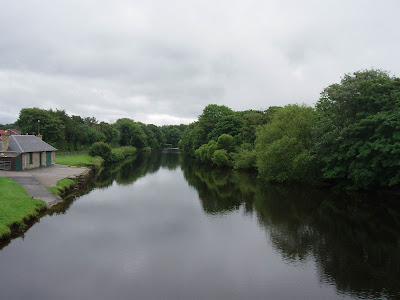 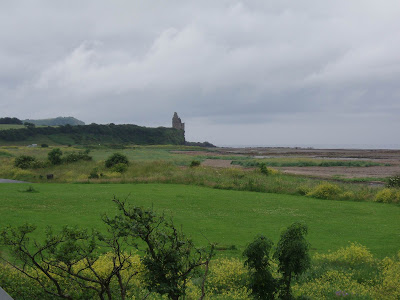