Once upon a time June was the beginning of the English summer. Long, hot, lazy days, evenings sitting outside country inns quaffing real ale, bees buzzing and butterflies flitting from flower to flower. Not anymore. Due to a combination of the U.S.A. and China not signing the Kyoto agreement (when we still had time to avert Armageddon) and farting cows, the end of June and the beginning of July is now the monsoon season in Great Britain. Does this alter the behaviour of your average Brit? Not in the slightest. It's the holiday season so on holiday we go. The only concession we make to the incessant deluge is to pack waterproof coats and umbrellas rather than shorts and picnic baskets.

So, it was with true British grit that, on Saturday morning, the MadGang hitched up their caravan to their car and set off to cross the border into Scotland arriving three or four hours later at Maybole in South Ayrshire. Fortunately the campsite is on top of a hill so there is little chance of our caravan suffering the same fate as many caravans in lower lying areas this year of being converted into a river cruiser.

It is compulsory when embarking on a caravanning holiday to forget to pack at least one piece of vital equipment. This year we decided to travel without the pipes that connect the waste water pipes inside the caravan to the waste water receptacle outside of the caravan. How much do they cost? Just a couple of quid. Where is the nearest place you can buy them? About twenty five miles away. So Sunday was spent driving up to the particularly grotty Scottish new town of Irvine (in the rain, of course).

Actually, there really isn't any need to prefix any Scottish town or city with "grotty" as all Scottish towns and cities are grotty. I have never understood how a people who live surrounded by such natural beauty can produce urban architecture of such dismal ugliness that their towns end up looking like Siberian Gulag settlements but slightly less picturesque. But, the caravan shop had the right pipes and we had plenty of time to take Glenna and Delphi down to the beach.

The beach at Irvine harbour mouth faces the Isle of Arran. In this first photo you can see the summit of Goatfell rising up into the rain clouds. 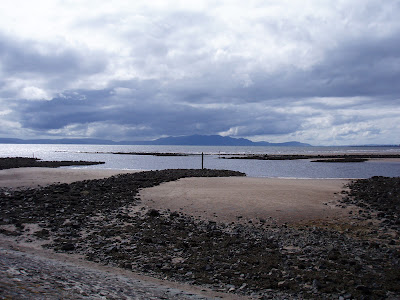 Not, that Glenna and Delphi were in the least bit interested in such geographical illumination. Beaches are for running around on, not for standing around admiring the scenery on. 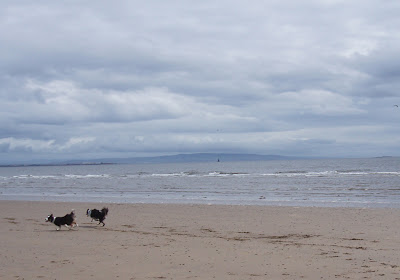 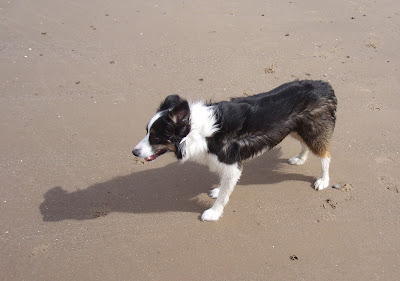 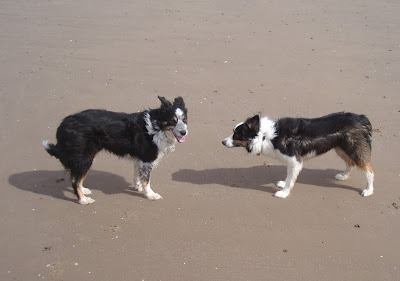 Behind the beach is a large area of landscaped parkland. We came across this Scottish dragon made out of red bricks. We knew immediately that it was a Scottish dragon because it just lay there doing nothing and was surrounded by empty lager cans and the general detritus of drug abuse (I am sorry to say this is not me having a go at the residents of Irvine, it is actually true). 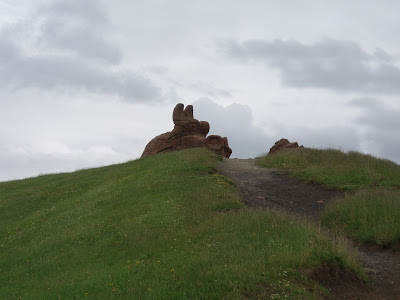 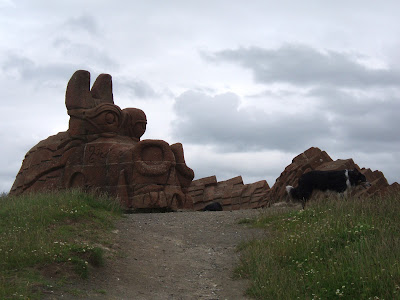 Here is Glenna standing in front of the mouth of the Scottish dragon. Don't panic, she is in no danger of being eaten as she is not covered in batter. (That is me having a go at the residents of Irvine, and Scots in general) 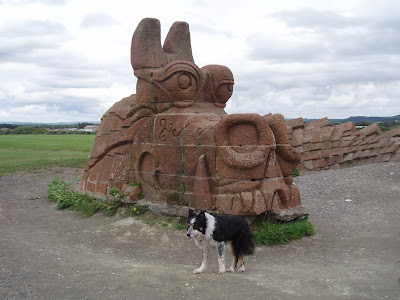 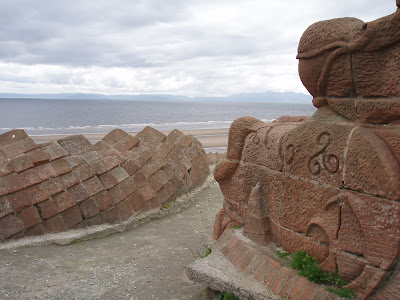 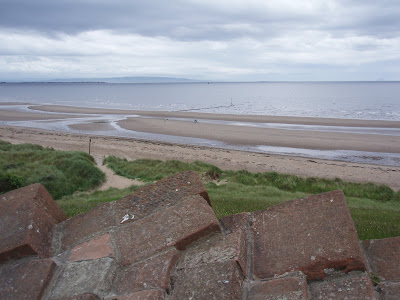 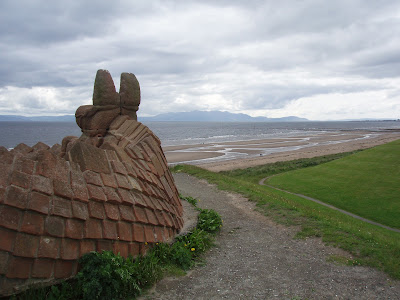 There is one thing you must never do on a Scottish beach and that is to look behind you. If you do you will inevitably end up staring at a nuclear power station or urban architectural atrocities such as this view of Irvine. I must admit, though, that I am impressed by the composition of this photo with the three church steeples and the factory chimneys sticking up between the tower blocks where poor Scottish people are forced to live. 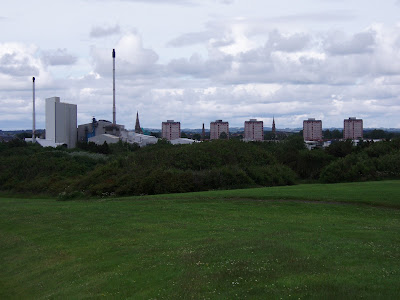 And finally, another photograph of Arran with two horses being exercised on the beach in the foreground. 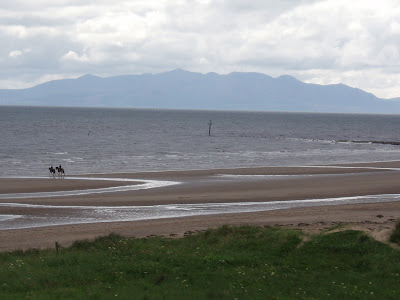