Pastor Rick Warren has teamed up with his book publisher and a crowd-sourced graphic design company to create a new cover for his bestseller The Purpose Driven Life. The 10th anniversary edition will also have a rearranged title in hopes of attracting readers from the millennial generation, says the book publishing company Zondervan.

Zondervan have also revealed that they commissioned the well known graphic designer, Sir William MadPriest, to design the new jacket.

A spokesperson for the publisher told OCICBW... that "we are not used to telling the truth in our books, let alone on the covers of them. But we like the colours. They're nice and bright, just right for our readership." 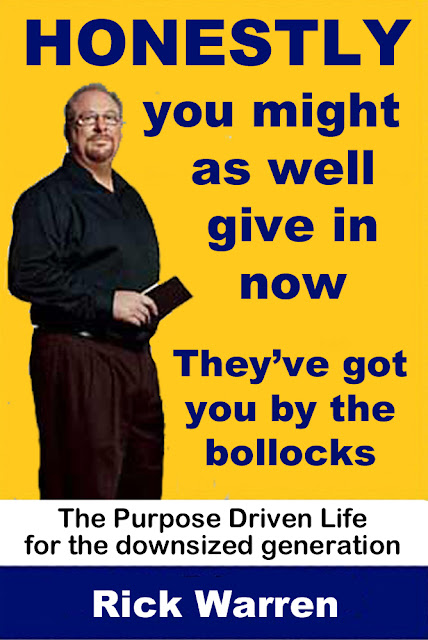