Anyone who has read Simon Toyne's latest novel, "The Key", will, of course, know exactly what is going on in the Vatican Bank. Everybody else waits for the inevitable covering up of whatever the latest financial impropriety of the least regulated bank in the world may be and possibly to find out which one of its perpetrators will end up dangling from a rope off some London bridge or other. Nobody is surprised. God and mammon came together in the Church many centuries ago and Protestant Reformations and Roman Catholic Counter-Reformations have not changed this marriage of convenience in the slightest.

People are always lining up to give stuff to the Vatican, usually because they think it’s good PR. The latest case in point is an Italian company that bills itself as a leader in the "green economy" called NWG, which is donating an all-electric car, called “NWG Zero,” for the use of the Vatican Press Office.

On Wednesday, a media event will be staged just outside the Press Office to mark the occasion. The gift is motivated, according to a company officiay, by admiration for “the particular sensibility that Benedict XVI shows regarding the defense and safekeeping of the environment,” which he said is a “motive of great encouragement and a source of inspiration.”

One sure sign that the company knows how to attract reporters is that a press release today indicated that after a prayer of blessing, “a buffet will follow.”

Meanwhile in England, the Second Church Estates Commissioner, the M.P., Tony Baldry, has been awarded a knighthood in the Queen's Birthday Honours list, for "public and political" services.

Andrew Brown, Secretary to the Church Commissioners, said: “I am delighted that Tony Baldry has been awarded a knighthood. Sir Tony plays a vital role in the link between the Church and Parliament, regularly answering questions on Church matters in the House of Commons. 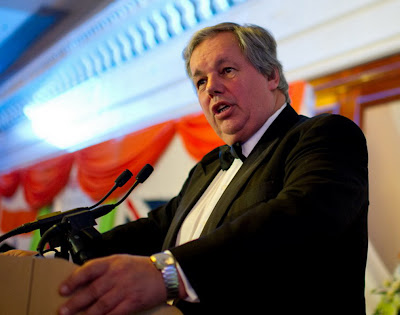 Now, Mr Baldry does do stuff like supporting hospices and speaking up for the Church of England in Parliament, but he gets paid for his job with church and there are hundreds of thousands of people in England who voluntarily help hospices and the like, who are not trying to get re-elected to the House of Commons. No, this knighthood, like knighthoods almost always are, is a bung, a reward for being part of the establishment of which the Church of England's top clerics and laity are most definitely a part.

I live in County Durham, "Land of the Prince Bishops" as our council likes to tell everyone on road signs as they enter their jurisdiction. These Prince Bishops were renowned for their love of worldly wealth and complete disregard for the poor. Back in the Middle Ages they battled the Scots, no doubt taking their (un)fair share of plunder. In the 15th. Century one of them even declared war on Belgium. As late as the 19th. Century they were throwing unemployed, starving coalminers into prison for looking for scraps of coal on their vast estates in order to save their kids from freezing to death. Their throne was in Durham Cathedral, that most spectacular statement of ecclesiastical wealth that dominates the Durham skyline. This cathedral is the final resting place of Saint Cuthbert and there can be nothing that demonstrates the decline of the English church into a cesspit of worldly greed for wealth and political influence more than this.

County Durham is surrounded by areas of extreme natural beauty on all sides. On the east we are bordered by the North Sea, to the south by the North York Moors. To the south west are the Yorkshire Dales, to the west, the North Pennines and to the north, the Northumbrian National Park. The Lake District is just an hour and a half drive from where I live. These are sparsely populated areas where you can still get away from the crowds if you are prepared to walk a little way from the main tourist hot spots. One of my favourite walking haunts is the Cheviot Hills at the northern end of the Pennine Way, straddling the England Scotland border. These are bleak, lonely hills, but as you walk across them you come across signs of past habitation, ruined farmhouses and ancient forts, that show that this land was once more heavily populated, very much a part of the Kingdom of Northumbria. 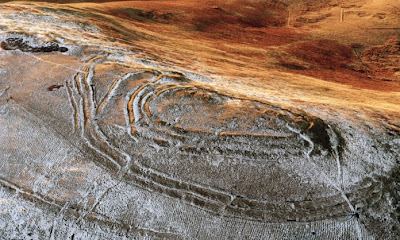 It was through these hills that the first missionaries from Iona walked, preaching the gospel of Jesus Christ and, very quickly, converting the king of Northumbria and his subjects to the faith. Chief among these missionaries was Aidan. Although he became a confidant of royalty he always remained an itinerant preacher walking the hills and plains of his adopted land. And he did walk. It is told that the king gave him a horse to ride. The first thing the saint did after receiving this generous and very useful gift, was to give it away to a passing peasant. Is this an apocryphal tale? I doubt it. We are talking about a Christian belonging to a church that followed the Desert Fathers in their commitment to poverty and asceticism. Saint Cuthbert spent most of his life alone on a small rock sticking out of the storm tossed North Sea and declined high office when offered it. 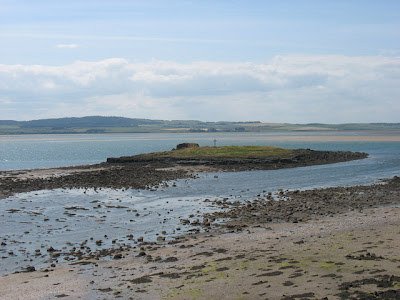 The north of England, although evangelised and officially Christian well before the Roman church claims it Christianised England, held out against the vanities and worldliness of Roman Christianity for longer than any other part of England. 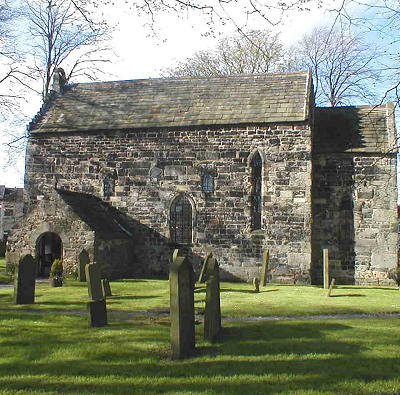 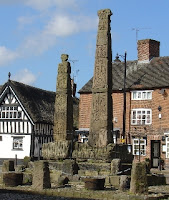 I am particularly attracted to the simple worship places of the Saxons in my region.

Originally, villagers would gather round stone crosses outside to listen to wandering preachers. When the faith took hold in a village then sometimes a simple stone church was built.

Basically these churches were tall, thin, stone boxes, very basic spaces in which the only thing emphasised 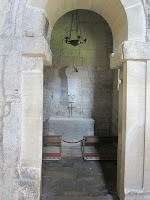 was the altar on which the very body and blood of Christ was venerated.

These were the temples in which Saint Cuthbert would have worshipped. That he ended up in Durham Cathedral, that statement of Roman and Norman power and wealth, is both tragic and a useful, constant reminder to the Christians of North East England of what we once were and what we have become. 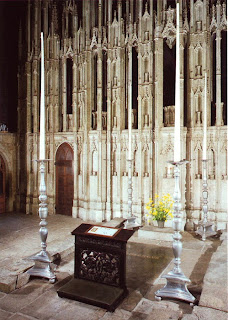 There was a time, not long ago, that I was an ardent supporter of the established church. I changed my mind on this when I discovered that I was becoming a better Christian and priest the further the established church pushed me out of its ranks. My initial fear of poverty has become an annoyance at it and, to be honest, a wonderful sop to my feelings of liberal guilt at being wealthier than so many other people. I don't know what my future holds but I would really love it to include a large dollop of that lowly, itinerant ministry enjoyed by the Celtic saints of the Cheviot Hills before Rome arrived in all its pomp and glory and blinged up the church of the carpenter's son to such an obscene level that we are still, collectively, in thrall to the wealth and honours of this life, a sin that has now, at last, led to the demise of the English church.

Sell the churches! Redeploy the bishops' chauffeurs and make those be-robed friends of mayors, politicians and CEOs walk to work. For God's sake, let's get this church back on the road!