From THE SAN DIEGO JEWISH CHRONICLE:

Was Superman Jewish or Christian? Author Larry Tye lays out the claims for each religion in his history detailing the character, his history as a business asset, and the many times creative teams changed him or his back story to appeal to changing tastes over more than 70 years. His creators, Jerry Siegel the writer, and Joseph Shuster, the illustrator, were both Jewish, but there was more to it than that. His name on the planet Krypton was the Hebrew sounding Kal-El, with El being a name for God. Kal sounds a bit like Kol, so perhaps Superman was intended to be the voice of God. In some ways, Superman was a lot like Moses. His parents, knowing he would be otherwise doomed, put him into a vessel to go alone to his fate.

But Christians have good claims on Superman as well. For them Kal-El means something beyond God, perhaps a son. They note that his adoptive mother’s original name was Mary–the same name as the mother of Jesus. The blanket in which he was wrapped can be compared to the swaddling clothes of Jesus. Supposedly, in the language of Krypton, Kal-El mean “Star Child,” which could be a reference to the bright star of Bethlehem. And Superman’s arch enemy is Lex Luthor, whose name sounds a lot like “Lucifer.”

Or Luther even. Perhaps Superman was a Roman Catholic. 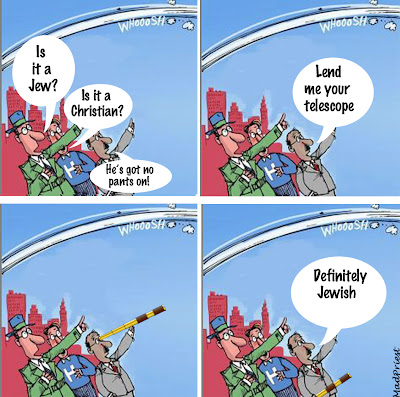