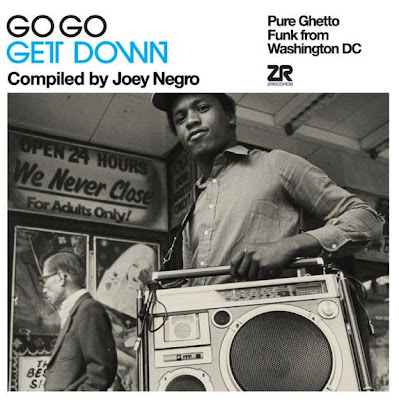 Dave Lee, a.k.a. Joey Negro's compilations are almost always excellent value for money. They are usually a mixture of one or two classics and a whole load of rare tracks that should have become classics. He's old school in his tastes and picks songs which are melodic and based on complex and interesting rhythms. His latest release, from which the following tracks are taken, is possibly his most stunning collection yet. It concentrates on the Washington D.C. GoGo scene which went big for a while in the mid-eighties. It was a musical form that mixed up funk, soul and jazz in the same way that August Darnell had done earlier with Kid Creole and the Coconuts. There were elements of rap in some of the songs but the banality of its non-melodic delivery was always overshadowed by the exciting rhythms laid down by the real live, backing musicians and singers. The scene didn't last long probably because it cost so much to keep the large groups on the road and at the time record companies were well on their way to reducing their production costs to paying pocket money to a geek in front of his computer in his bedroom and a fat, black twenty-something who could manage to grunt "Uh!" into a microphone and who didn't need paying much because his living expenses were well covered by his day job in the pharma distribution industry.

Anyway, put on your dancin' shoes, press play and get up, get on down!

Who Comes To Boogie - Little Benny And The Masters (below)
War (On The Bull Shit!) - Osiris
Feel It - The Mighty Peacemakers
Back It On Up - Chuck Brown and the Soul Searchers 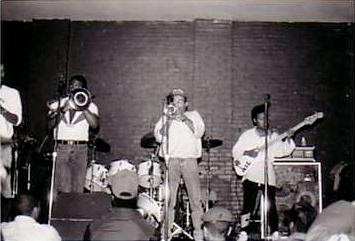