Cardinal Timothy Dolan reportedly agreed that the priests accused of sex abuse should be paid $20,000 in exchange for leaving the priesthood. Abuse victims advocate group Survivors Network of Those Abused by Priests (SNAP) recently published a document from the archdiocese's bankruptcy proceedings that made reference to a proposal to pay up to $20,000 to priests accused of sex abuse who renounce their priesthood.

'SNAP has no credibility whatsoever,' Dolan scoffed. 'To respond to charges like that that are groundless and scurrilous in my book is useless and counterproductive.'

The organization hit back saying Dolan was covering up a major scandal.

Bribery and corruption then. Going down? 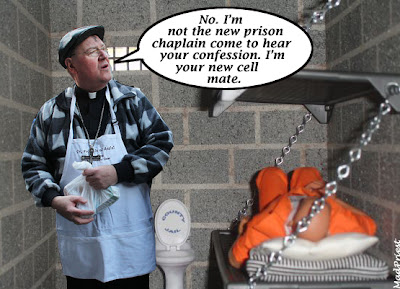