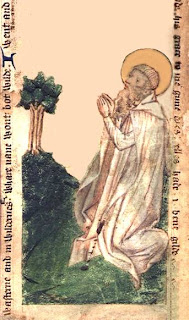 Saint Godric of Finchale (or Saint Goderic) (c. 1065 – May 21, 1170) was an English hermit, merchant and popular medieval saint, although he was never formally canonized. He was born in Walpole in Norfolk and died in Finchale in County Durham, England.

Saint Godric's life was recorded by a contemporary of his: a monk named Reginald of Durham. Several other hagiographies are also extant. According to these accounts, Godric, who began from humble beginnings as the son of Ailward and Edwenna, "both of slender rank and wealth, but abundant in righteousness and virtue", was a pedlar, then a sailor and entrepreneur, and may have been the captain and owner of the ship that conveyed Baldwin I of Jerusalem to Jaffa in 1102. After years at sea, Godric reportedly went to the island of Lindisfarne and there encountered Saint Cuthbert; this will not have been a physical encounter as Cuthbert had long been dead and was by then interred at Durham Cathedral. This encounter changed his life, and he devoted himself to Christianity and service to God thereafter.

After many pilgrimages around the Mediterranean, Godric returned to England and lived with an elderly hermit named Aelric for two years. Upon Aelric's death, Godric made one last pilgrimage to Jerusalem, and then returned home where he convinced Ranulf Flambard, the Bishop of Durham, to grant him a place to live as a hermit at Finchale, by the River Wear. His hermitage was originally a wooden structure, about a mile north of the priory but this was replaced by a stone chapel on the site of the future priory when he became a popular holy man visited by many. He is recorded to have lived at Finchale for the final sixty years of his life. As the years passed, his reputation grew, and Thomas Becket and Pope Alexander III both reportedly sought Godric's advice as a wise and holy man.

Reginald describes Godric's physical attributes: "For he was vigorous and strenuous in mind, whole of limb and strong in body. He was of middle stature, broad-shouldered and deep-chested, with a long face, grey eyes most clear and piercing, bushy brows, a broad forehead, long and open nostrils, a nose of comely curve, and a pointed chin. His beard was thick, and longer than the ordinary, his mouth well-shaped, with lips of moderate thickness; in youth his hair was black, in age as white as snow; his neck was short and thick, knotted with veins and sinews; his legs were somewhat slender, his instep high, his knees hardened and horny with frequent kneeling; his whole skin rough beyond the ordinary, until all this roughness was softened by old age."

St Godric is perhaps best remembered for his kindness toward animals, and many stories recall his protection of the creatures who lived near his forest home. According to one of these, he hid a stag from pursuing hunters; according to another, he even allowed snakes to warm themselves by his fire.

Reginald of Durham recorded four songs of St Godric's: they are the oldest songs in English for which the original musical settings survive. Reginald describes the circumstances in which Godric learnt the first song. In a vision the Virgin Mary appeared to Godric with at her side "two maidens of surpassing beauty clad in shining white raiments." They pledged to come to his aid in times of need; and the Virgin herself taught Godric a song of consolation to overcome grief or temptation ("Saintë Marië Virginë").

Godric is buried within the Priory (see last photo below) and the remains of his stone chapel can still be seen. 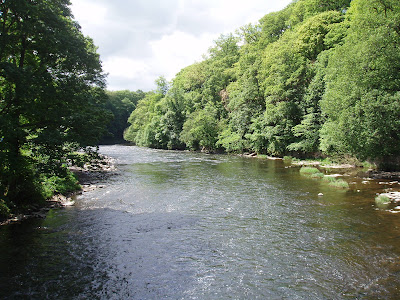 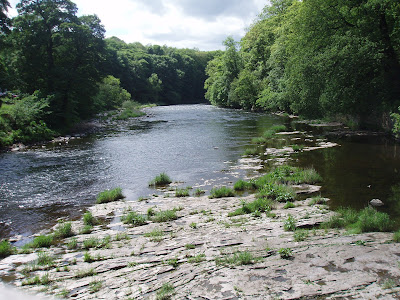 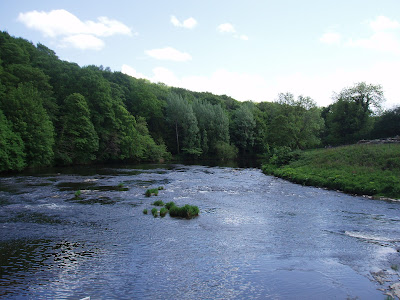 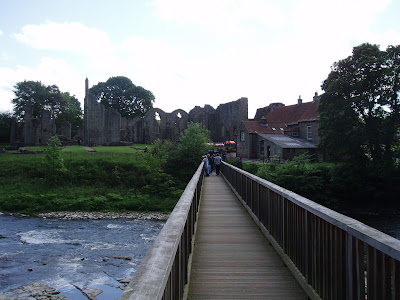 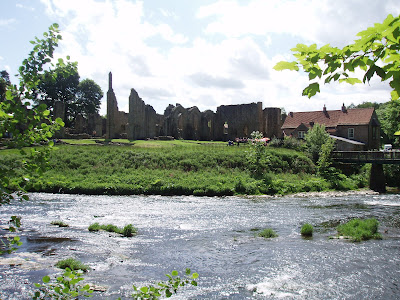 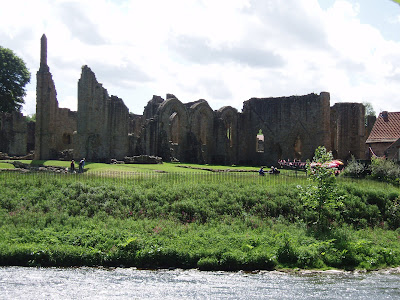 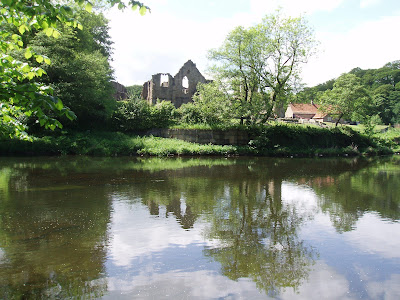 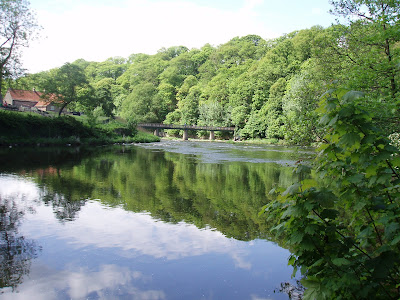 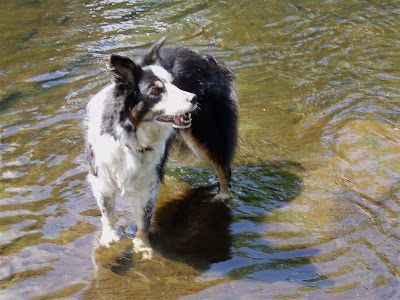 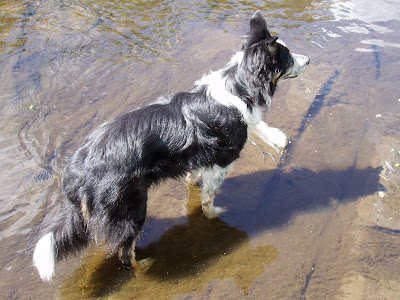 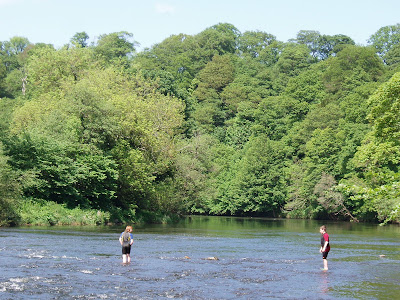 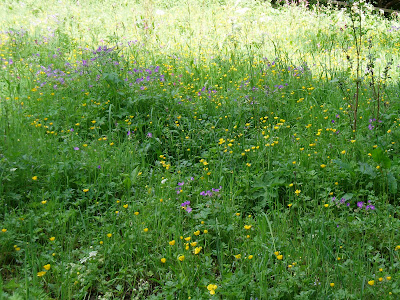 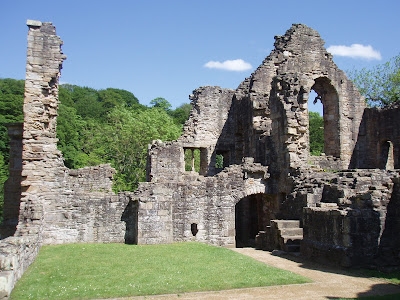 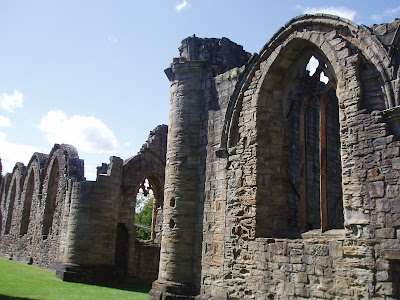 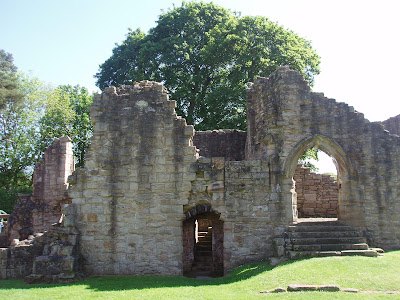 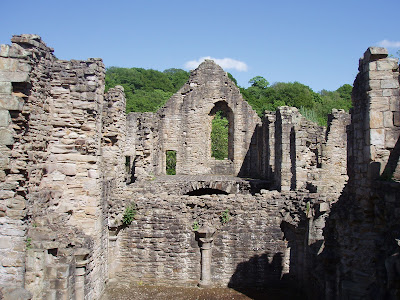 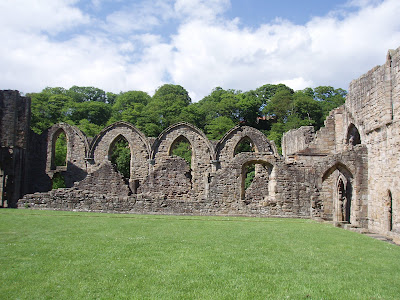 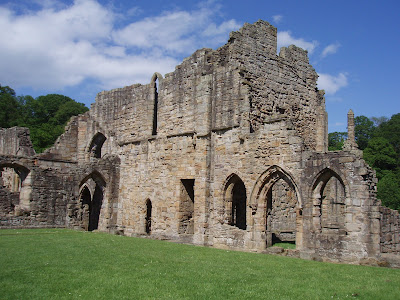 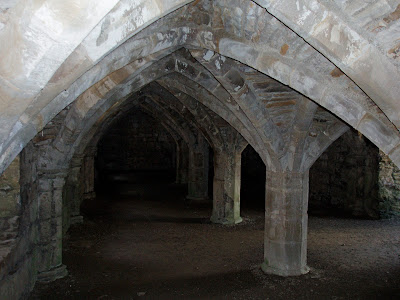 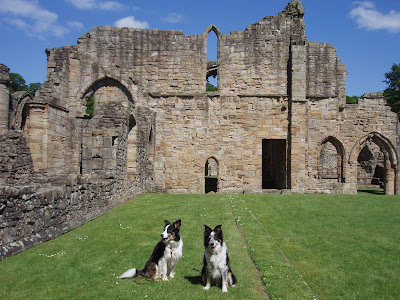 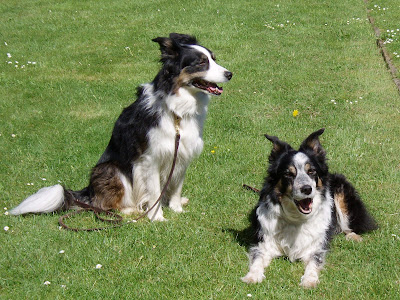 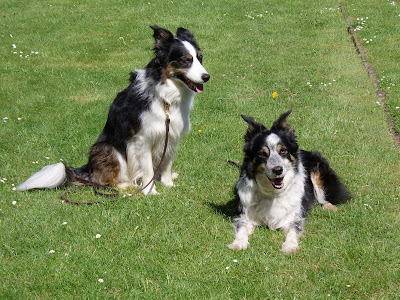 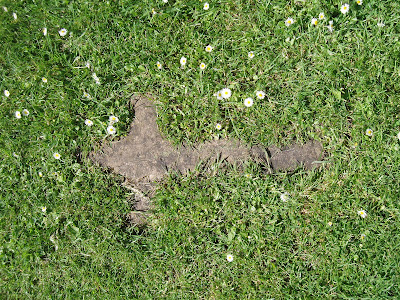