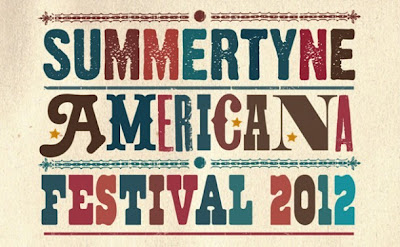 The line up for this year's Summertyne American Festival, which takes place in and around the Sage Concert Hall in Gateshead, just across the river from Newcastle, between the twentieth and twenty second of July 2012, has been announced. Possibly due to the recession which has hit the North East of England hard (another eight hundred workers were laid off yesterday) there doesn't appear to be as many big name acts this year. But it still looks like a good time will be had by all.

The headline acts this year are John Hiatt, Wanda Jackson and Dr. John. You have to pay to see them. Wise people (and those of us without £24.50 to hand over to The Night Tripper) hang out at the free stage on Friday, Saturday and Sunday afternoon). At first glance I would guess that the Saturday afternoon show will be the most fun although I shall probably pop over on the Friday just to catch the extremely talented Christi Andropolis.

There is also a tasty looking event on Sunday evening. Sarah Savoy's Cajun Home Cooking present an musical and culinary entertainment in which their music will be accompanied by a Cajun cookery demonstration. Yummy! And only £7.50 to get in.

For a real treat (perhaps I'll save up because Mrs MP would really enjoy it) there are a couple of three hour afternoon trips down the Tyne to the North Sea onboard the Summertyne Boat with live music being played as your sail along.

Check out the full lineup HERE. 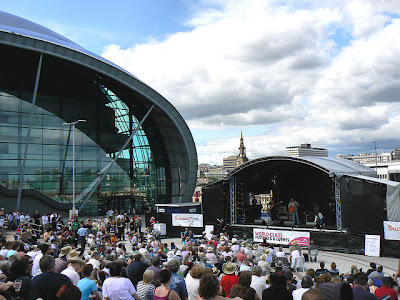