Apologist and author Josh McDowell launched Just1ClickAway.org, a new website to raise awareness about online pornography which he says is a problem big enough to cause the downfall of the church.

"The greatest threat to the cause of Christ is pervasive sexuality and pornography," said McDowell.

What?! I thought it was President Obama or teh gay agenda or women having abortions because otherwise they are going to die. I wish these people would make their minds up. I'm having real trouble keeping up.

However, I think this new website is going to be very popular. There's a video up that they have made themselves.

It features a boy, who looks below 10 years old and is seated on his bed with a tablet computer in the privacy of his bedroom. "Doing your homework?" asks a young woman, portrayed as a tempter. The boy, seeing her in his imagination, nods to say, "Yes." "Can I ask you something?" the girl says. "What's your favourite part about me? Do you wanna see more? I can show you whatever you want." Just then the mother comes into the room and tells him, "Honey, dinner is almost ready." Seeing her child's surprised reaction, she asks, "What's wrong?" "Nothing," he replies, pressing his laptop against his chest. "Finish up what you're doing and come on downstairs," his mother says.

The video later portrays each consumer being tortured by their addiction to pornography.

Sounds a bit too hardcore for me. But sado-masochistic evangelicals will probably love it. 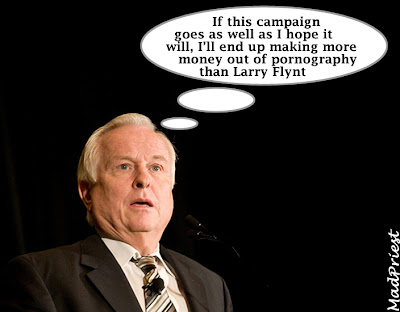