Philadelphia: A priest who assisted Monsignor William Lynn investigate clergy sex abuse claims testified Tuesday that it was not the archdiocese's policy to contact law enforcement or other victims of abuse.

"Our legal counsel said there was not a requirement to report," Monsignor Michael McCulken told jurors.

On trial are the Rev. James Brennan, who is accused of the attempted rape of a 14-year-old, and Monsignor William Lynn, who is accused of knowingly allowing dangerous priests to continue in the ministry in roles in which they had access to children. 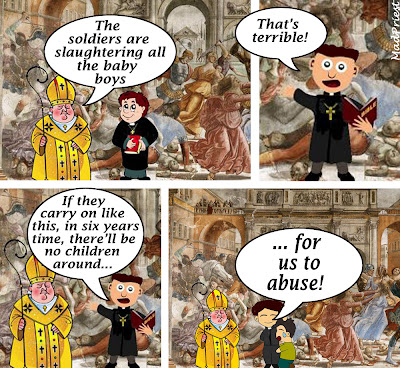 Thanks to Ellie who sent in this story.