Mr Romney and several schoolmates held down classmate John Lauber and cut off his bleached blond hair after seeking him out in his dorm room at their prestigious boarding school. The Post said Lauber was "perpetually teased for his nonconformity and presumed homosexuality" and that he screamed for help as Romney held him down. The paper recounted another incident in which Romney shouted "atta girl" to a different student at the all-boys' school who, years later, came out as gay.

At least at English "prestigious boarding schools" the boys have a long tradition of "making love not war." Which is probably why we now have an Old Etonian prime minister very much in favour of same sex marriage. 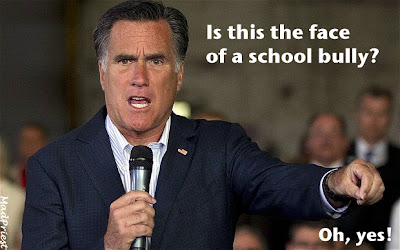