OCICBW... can now reveal that the next Archbishop of Canterbury will be the same ole same ole (as if there was any doubt about this in the first place). The bloke that our conservative prime minister has chosen (no doubt, in consultation with the "right sort of people" in the Church of England's unelected higher echelons) to head up the Crown Nominations Commission, charged with finding a successor to Rowan Williams, is Lord Richard Napier Luce, Baron Luce, KG, GCVO, PC, DL. Never having to want for anything and being completely cocooned from the reality of everyday existence all his life makes him the ideal person to choose another establishment free-rider whose idea of real human suffering is running out of milk just before Lord and Lady Wotsit are due to pop round for coffee and canapés. Lord Luce's background of privilege and jobs for the boys has forced me to reduce the odds on the present Bishop of Durham getting the top job to 3-1. 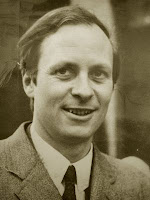 Born in Westminster, Luce was educated at Wellington College, and Christ's College, Cambridge. He completed National Service in Cyprus 1955–57. He then briefly joined the Overseas Civil Service, first as a district officer in Kenya, 1960–62. He then worked for Gallaher Ltd as a brand manager (1963–65), before becoming marketing manager for the Spirella Company of Great Britain. In 1968–71 he was director of the National Innovation Centre. From 1972 to 1979, he was Chairman of IFA Consultants Ltd, he was also chair of Selenex Ltd (1973–79), and of Courtenay Stewart International (1975–79).

Lord Luce was first elected to the House of Commons as Member of Parliament (MP) for Arundel and Shoreham in a by-election in 1971. He was appointed the Parliamentary Private Secretary to the Minister of Trade and Consumer Affairs in 1972. After the Conservative Party lost the February 1974 general election, he became an Opposition whip. When the Conservatives returned to power at the 1979 general election, he became Parliamentary Under-Secretary of State for Foreign Affairs for the Foreign and Commonwealth Office. In 1981, he was promoted to Minister of State for Foreign Affairs within the same department. In 1982, he followed his Secretary of State, Lord Carrington, in resigning over the Argentinian invasion of the Falkland Islands. Some blamed Luce for having given the wrong indications to the Argentinians, leading them to believe that the UK would not respond to the invasion. However he returned to office in 1983, again as a Minister of State in the Foreign and Commonwealth Office. In 1985, he was moved to the Privy Council Office as Minister for the Arts, which was his last ministerial office. He resigned in 1990. 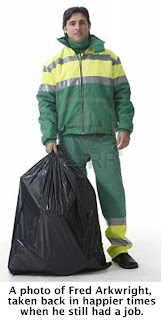 He was knighted in 1991, and was made a Privy Counsellor in 1986. In 1997, he was appointed Governor of Gibraltar, an office he held until 2000, when he was created a Life Peer as Baron Luce, of Adur in the County of West Sussex. In 2000 he was invested as a Knight Grand Cross of the Royal Victorian Order (GCVO) and became Lord Chamberlain in HM The Queen's Royal Household. Lord Luce was created a Knight Companion of the Order of the Garter (KG) on 22 April 2008. The Order of the Garter is the highest Order of Chivalry in the United Kingdom and is in the personal bestowal of HM The Queen.

The other contenders for the post of Chair of the Crown Nominations Commission, Mr. Fred Arkwright, an unemployed waste disposal operative, from Cleckheaton, and Sally Smith, who works at a call centre in Billericay selling double glazing, received no votes at all.