The Crown Nominations Commission, whose job it is to recommend a successor to Dr Rowan Williams for the position of the Archbishop of Canterbury, includes a leading member of the Anglican Church who believes that gay people can be counselled to suppress and/or change their sexuality, the Guardian reports today. 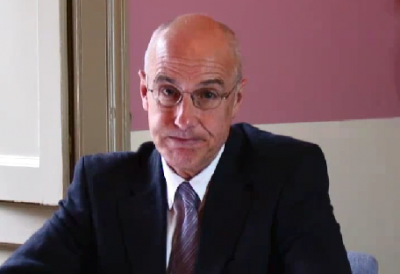 The member in question is Glynn Harrison, emeritus professor of psychiatry at Bristol University. Recently, Prof Harrison has written articles where he has described gay relationships as “fall[ing] short of God’s purpose in creation.” His argument is that therapy and pastoral ministry may serve as remedies for those members of the clergy drawn to a same-sex relationship, yet feel it to be unchristian. He adds that “there is evidence that some people with unwanted same sex attractions can achieve significant change.”

Indeed, just last year, he co-authored an article, published by the influential Christian Medical Fellowship, which was titled “Unwanted same-sex attraction: Issues of pastoral and counselling support.” The article says: “People with unwanted SSA [same sex attraction] who seek to live in conformity with their beliefs should be free to receive appropriate and responsible practical care and counsel… Most may choose counselling and pastoral support to maintain, within a Christian framework, the disciplines of chastity. Others may wish to explore the possibility of achieving some degree of change in the strength or direction of unwanted sexual interests.”

This is how the unelected real bosses who run the Church of England stitch things up behind closed doors. But even by their standards this appointment is suicidally insane. It's like appointing NICK GRIFFIN to the board of THE EQUALITY AND HUMAN RIGHTS COMMISSION.