The head of New York's Roman Catholic archdiocese faces a challenge to his stance on gay rights: the resignation of a church official who says he's "had enough" of the cardinal's attitude. 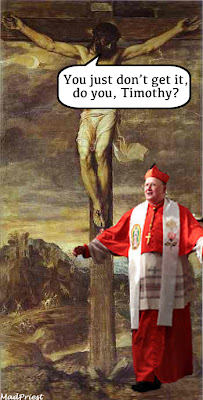 Joseph Amodeo told The Associated Press on Saturday that he quit the junior board of Catholic Charities after Cardinal Timothy Dolan failed to respond to a "call for help" for homeless youths who are not heterosexual.

The conflict began when Carl Siciliano of the Ali Forney Center for homeless gay, lesbian, bisexual and transgender young people wrote Dolan, saying his "loud and strident voice against the acceptance of LGBT people" creates "a climate where parents turn on their own children." 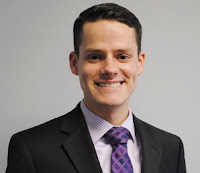 For recognising the crucifiers and joining Christ on the cross, Joseph Amodeo is OCICBW's..

Although, to be honest, he looks more like an Episcopalian than a Roman Catholic to me.