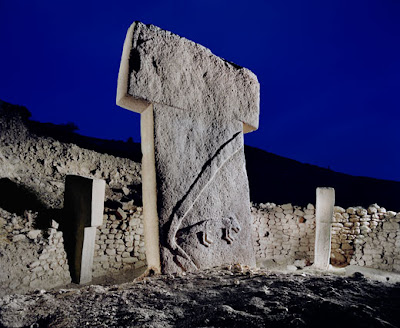 I am fascinated by the 12000 year old temple complex at Göbelki Tepe in Turkey. I am not a scientist, archaeologist or historian, I am of a more philosophical bent. So I am free to suppose and search for meaning that is not provable. One thing that immediately stood out for me when I watched a documentary on the discoveries at this ancient site recently was the similarity between the megaliths at Göbelki Tepe (see photo above) and the tau cross (see photo of tau cross in Ireland below). The tau cross predates the Christian cross. It was placed on the lips of Egyptian kings when they were initiated into the mysteries, was used symbolically in many other pre-Christian cultures and even gets a mention in the Old Testament, in Ezekiel and, possibly, Job. I think it is extremely probable that Christ was crucified on a tau shaped cross (it's much easier to construct than the traditional Christian cross) and that early Christians changed the shape of the symbol to distance themselves from paganism. That the tau cross was employed by those parts of the church more closely linked to paganism and esoteric religion may be a reference back to a far more ancient symbolism. I certainly believe that cultural symbolism is very persistent. I see no reason why the megaliths at Göbelki Tepe should not be the original manifestation of a symbol that would enter the mythology of subsequent cultures and be carried forward in time right up to the present day.

There may be another religious first at Göbelki Tepe. Archaeologists have discovered that, at the time that the complex was first constructed, when people died they were buried and then, later, dug up. At this point their skulls would be carefully removed from the rest of the skeletal remains and kept in places of religious activity and within homes. We cannot know what reason the perpetrators of this ritual had for their actions but it could well be the first example we have come across of a belief in resurrection, a belief that became the central concern of many religions, especially those which, like Christianity, were connected to the mystery cults of antiquity. 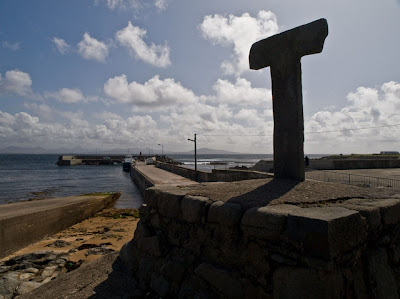