German immigration authorities sent an eight-month old Serbian baby a letter demanding it leaves the country within a week otherwise it would be forced to go.

Full story at THE LOCAL (Germany).

A buxom Swedish blonde blogger "lost a breast" after a rough-and-tumble reality show mud wrestling match dislodged one of her silicone implants.

Full story at THE LOCAL (Sweden).

A German TV cameraman had one of the worst days of his career on Wednesday - while filming a unique no-eared rabbit, he stepped on it, killing it instantly.

The no-eared bunny called Til (after actor Til Schweiger) of Limbach-Oberfrohna Tierpark in Saxony was being groomed for stardom, with the zoo hoping he would hop in the paw-steps of Berlin's Knut polar bear and Leipzig's crossed-eyed opossum Heidi.

Full story at THE LOCAL (Germany). 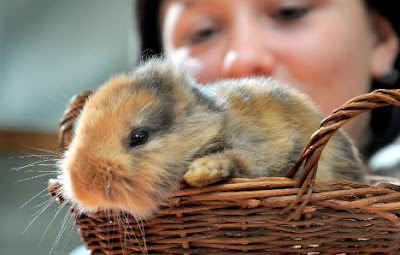 Fundamentalist Christians threw dog dirt in the face of a top theatre boss in Nancy on Thursday, in protest against a controversial play on religion.

"I was leaving the national opera when a couple of fundamentalists, a man and a woman I believe, rushed towards me, tore my hat off and threw a container full of dog poo at me..." said Jean-Michel Ribes after the attack on Tuesday evening.

Full story at THE LOCAL (France)