This is a very scary development in the already terrifying world of Islamic homophobia.

From THE NEW MUSICAL EXPRESS:

Over 50 Iraqi youths, loosely described as "emos", have been shot or beaten to death by the country's conservative militia in recent months, human rights activists have reported. The killings are in response to Iraq's interior ministry's declaration that regards the term "emo" as an indication of devil worship and homosexuality. Most of those being targeted are male.

Militias in the Iraqi capital Baghdad's conservative Shia neighbourhood of Sadr City have distributed leaflets with the names of 20 young people that they say should be punished for being "emo". 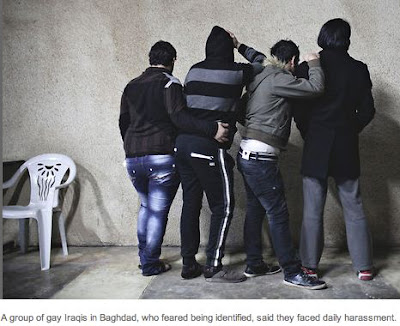