Today's award for excellence in the field of disingenuously disguised bigotry goes to God's spokesman, himself, Benny the I'm Right About Everything, for his latest contribution to a subject he knows absolutely bugger all about. 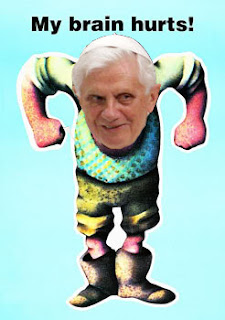 Pope Benedict XVI is telling U.S. bishops to beef up their teaching about the evils of pre-marital sex and cohabitation and denouncing what he calls the "powerful" gay marriage lobby in the United States. He says a weakened appreciation for marriage between man and woman, as well as a widespread rejection of responsible sexuality, had led to "grave social problems bearing an immense human and economic cost."

Erm? I would have thought that responsible sexuality would involve the responsible and prudent use of contraception so that there aren't so many poverty stricken Roman Catholic children running around the streets of the world's cities having to steel and sell their bodies just to survive. And in a overcrowded world surely the Roman Catholic dogma of one baby per shag most definitely contributes to "grave social problems bearing an immense human and economic cost."

But what do I know? I'm just a person who is married and has a sex life. 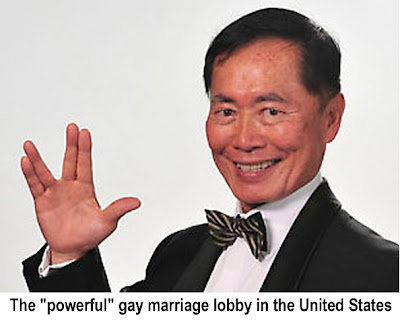