I doubt that I will sleep much tonight.

This morning, Northumbrians woke up to the news that Police Constable David Rathband had been found dead in his Northumbrian home. As yet there has been no official cause of death given but it is going to be suicide.

"On July 4 2010, PC Rathband was sitting in his patrol car in Newcastle when the gunman Raoul Moat shot him, simply because he was a policeman. The attack left him with 200 shotgun pellets lodged in his face, robbed him of his eyesight, caused him constant pain, contributed to the breakdown of his marriage and, 18 months on, it seems likely that it has cost him his life, because he could not face going on living with his level of disability." (THE TELEGRAPH).

David really tried to keep living and living well. But I am pretty certain that in the end it was the anger that got him. Or rather it was not being allowed to express his anger that brought on the depression that may well have ended his life. And that wasn't anger at the psycopath who killed him. It was anger at the people who let him down. His bosses, his colleagues, family and friends, the welfare system that is supposed to help us when we need help but which, instead, puts up every bureaucratic barrier it can to make it almost impossible for a person really suffering to get the help they need.

But, I am also certain that David would have most probably coped with his anger. What will have killed him was being told that he should get over his anger because it was killing him.

There was even a man on the BBC news this evening who said that he had told David to hide his anger because it would turn people against him.

Oh my God, I know how he must have felt.

And not for one minute do I believe that when people tell you to stop being angry they have your interests at heart. No. When people advise you to stop being angry it's because human beings cannot stand other people being angry and making a fuss. What is more, I believe that human beings are predisposed (through genetics or nurture, I don't know which) to actually give in to powerful people. So when someone like David or like me, continue to scream at the powerful people who have screwed up our lives, everyone around us tells us to shut up. And the powerful club together to protect themselves and they will make out that your anger is a mental abnormality and turn you from victim to the perpetrator of your own misfortune. And you can never get rid of that rap because your friends, family and colleagues, and every new person you meet, will grasp at that lie rather than having to feel the pain of your anger and accept that is justified and have to make a fuss themselves.

But the angry are left with the knowledge that in letting go of their anger they are letting evil and incompetent people off the hook. And that just makes the angry more angry and in the end you might as well kill yourself because life is shit and unfair and everyone around you is just putting up with it to avoid making a scene.

David, I didn't know you personally. But tonight I'm shedding real tears for you. You had every right to be angry and everybody else should be ashamed of themselves. 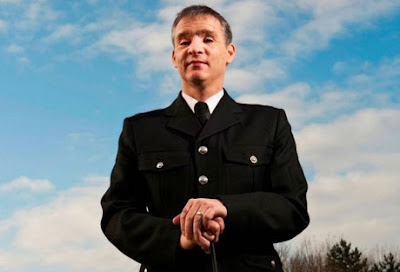