At least, that seems to be the logic of it as far as I can see.

Rowan Williams stepped on Tuesday into a row which is flaring at the U.N. Human Rights Council over the persecution of gays and lesbians. He did not directly refer to the current controversy at the Council, according to the text of a speech prepared for delivery at the Geneva-based World Council of Churches. However, he said laws against sexual minorities were equivalent to racism, and warned that legal regulation of consensual sexual conduct "can be both unworkable and open to appalling abuse - intimidation and blackmail."

"The existence of laws discriminating against sexual minorities as such can have no justification in societies that are serious about law itself," Williams declared in a public lecture at the headquarters of the ecumenical WCC.

"Such laws reflect a refusal to recognize that minorities belong, and they are indeed comparable to racial discrimination," the archbishop said.

Concern for protection of sexual minorities from violence and intimidation did not imply approval of homosexual behavior on moral grounds. "Religion and culture have their own arguments on these matters," he added. 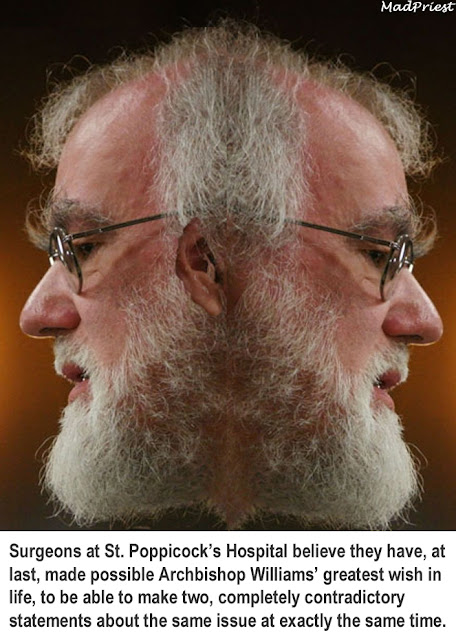