Pope Benedict XVI has called on infertile couples to shun artificial procreation, saying such methods are a form of arrogance. He spoke Saturday at the end of a three-day Vatican conference on diagnosing and treating infertility. Reiterating Vatican teaching, he called marriage the only permissible place to conceive children. He also pressed a church ban against artificial procreation. He said infertile couples should resist resorting to any method to try to conceive other than sex between husband and wife. 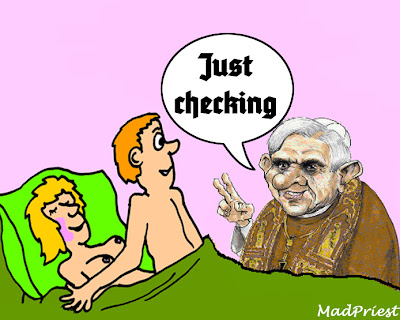