So, the Bishop of York, who recently made very clear his views on same sex marriage, is now trying to clear himself of the homophobic rap. Unfortunately for the Anglican Communion in general, and the Church of England in particular, his idea of "loving the sinner" is to insist that they deserve the same respect as rapists of children and not be executed for being gay.

Well, thanks, John. But, quite honestly, I think it would be better for the, already well damaged, reputation of Christianity in my country if you just shut up about it. You are not making anything better in the slightest.

From THE LAMBETH MINISTRY OF PROPAGANDA:

The Archbishop of York has today repeated his opposition to David Bahati MP’s Private Members Bill in Uganda which seeks to prosecute gay people. The Archbishop previously issued a statement in 2009 when the Bill was first brought before the Ugandan Parliament.

The Archbishop said: “The Anglican Church in Uganda submitted its views on David Bahati’s Private Member’s Bill formally when it was first tabled, and made clear that they were not in favour of introducing a death penalty for homosexuality. I completely support that position.

“It is important that across the world we stand in solidarity with people, flesh of our flesh, who are being in many cases victimized or demonized because of their sexual orientation.

“The Dromantine Communiqué in 2005 issued by the Primates of the Anglican Communion said that we wish to make it clear that our discussion and assessment of moral appropriateness of specific behaviours would continue unreservedly to be committed to the pastoral support and care of homosexual people.

“The victimisation or diminishment of human beings whose affections happen to be ordered towards people of the same sex is an anathema. Homosexual people are children of God, loved and valued by Him and deserving the best we can give - pastoral care and friendship. That is where the Communion stands.

“Sadly, this particular high, extreme, sentencing already exists in Uganda in relation to other practices. For example, the penal code in cases of rape (what they call “aggravated sexuality”) or if you have sex with a girl under the age of 18, you are liable to suffer the death penalty. As a matter of principle, I am totally opposed to the use of the death penalty in any instance. 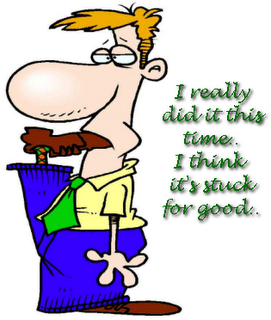 “No-one should have to live under the threat of violence and death, or live in fear because of the bigotry of others. Such violence has been consistently condemned by the Anglican Communion worldwide, and by myself – particularly in the Primates of the Anglican Communion statement in Dublin in 2010 issued following the murder of former York resident David Kato in Uganda.

“Every person has the right to enjoy safety and security regardless of their beliefs or sexual orientation – we are all created in God’s image and likeness. That image is in all of us and not just in some of us.

“We are all created by the God of love, and are of infinite worth in his sight. Homosexual people in Uganda deserve the best we can give in pastoral care and friendship, and I am quite sure that the response the Church of Uganda will make will have to take account of all these realities.”