The Family Firm must think we've all forgotten their financial shenanigans of the other year as they seem to be showing their fangs again in public. You know, it wouldn't surprise me in the least if they started turning up at soldiers' funerals with "God Hates Fags" placards, they are so hate filled and homophobic.

From THE STAR OBSERVER:

An interstate spat has erupted between (so-called) Anglicans, with the Sydney-based evangelical Anglican Church League (run by the Family Firms's managing director) attacking the Diocese of Gippsland in Victoria. At issue is the appointment of an openly gay man in a relationship to lead one of the diocese’s parishes.

The ACL called on Gippsland Bishop John McIntyre on February 12 to rescind the appointment of the Reverend David Head as Hayfield parish priest, calling the decision “dismaying”. The ACL claimed the appointment conflicted with a resolution made at the Anglican Communion’s 1998 Lambeth Conference and the views of the General Synod of the Australian church.

However, Bishop McIntyre told the Star Observer that Head’s appointment was not in breach of the Lambeth ruling or the General Synod.

“I have not ordained anyone ‘involved in same gender unions’ to quote the [Lambeth] motion. I have appointed a priest in good standing from the Diocese of Melbourne to a position in the Diocese of Gippsland. He was ordained over 30 years ago, has exercised good and faithful ministry in that diocese up until January this year, and he fulfils all the current criteria to be determined canonically fit to be licensed in an Anglican diocese anywhere in the world."

McIntyre said his diocese never asked about the sexuality of clergy before ordaining or appointing them. 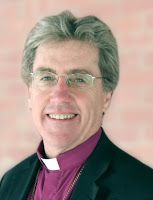 “Accordingly, I did not ask that question of David before appointing him. He was appointed by me on the request of the people of the parish in which he now serves because they believed his ministry experience and gifts made him the right priest for the job, and they believed him to be called by God to that ministry, as do I.”

McIntyre said he took Lambeth Resolution 1.10 very seriously as it also calls on Anglicans to condemn homophobia, minister sensitively to homosexual people, and assure that homosexual people know they are loved by God.

For slapping down the the family Firm franchise with the very book they idolise, Bishop John is OCICBW...'s

The Head of the Family Firm was unavailable for comment as he is currently in the United States playing a cameo role in the new TV series, "Grimm." 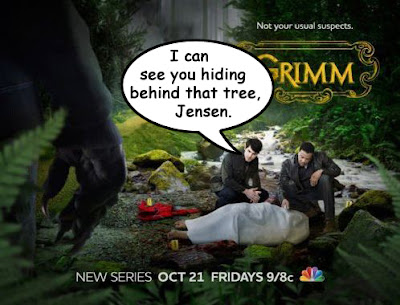