Mobsters have dumped the severed head of a pig on the doorstep of a brave crime fighting priest, it emerged yesterday.

Father Ennio Stamile made the grim discovery as he left his house for morning Mass and it was the second time he had been targeted after his car was vandalised last week. Detectives are convinced he is being singled out after he started to regularly condemn the criminal activities of the local mafia known as the 'Ndrangheta during his weekly parish sermons.

The bloodied animal head was found with a piece of cloth stuffed in its mouth outside Father Stamile's home in Cetraro near Cosenza in southern Italy and it is the mob's trademark way of intimidation and convincing people to stop talking.

Father Stamile said: 'Despite all that is happening I will continue my battle against organised crime.'

For putting his life on the line in the battle against evil,
Father Ennio is OCICBW...'s

We also pray that God will protect him. 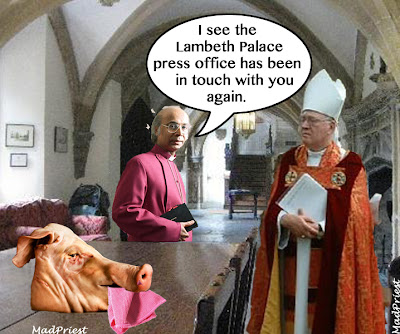