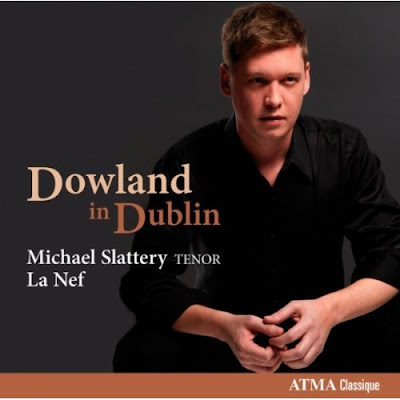 You have a choice tonight. You can either listen to the beautiful music or just gaze at the beautiful album cover. Of course, you could do both but be careful, too much of a good thing is not always good for you.

American tenor Michael Slattery makes his ATMA recording debut on La Nef’s latest offering, Dowland in Dublin. Slattery, Sylvain Bergeron and Seán Dagher worked together on these new arrangements of Dowland’s well-known airs, giving them a simple, Celtic flavor. In selecting the music for this project they decided to focus on the lighter-hearted side of Dowland, who is best known for his beautiful if sombre songs.

Michael Slattery has appeared in opera houses around the world including Lincoln Center, Royal Festival Hall in London, Châtelet Theatre and the Staatsoper Berlin. A versatile artist, he has also been praised for his performance of traditional repertoire: "Michael Slattery has a stellar career ahead of him. It's a real joy to hear this traditional music... performed beautifully and idiomatically by such a talented and serious artist." (Gramophone) 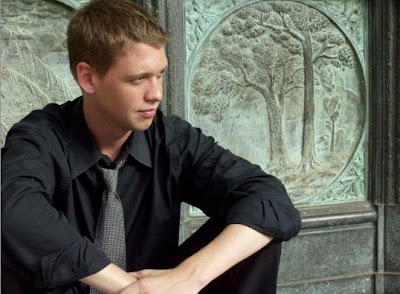