Dr Rowan Williams, 61, was questioned by Rowan Williams, 11, about his role as the most senior cleric in the Church of England during a school visit in Oxford. He was asked to explain why women are not allowed to be bishops, and replied: “It's pretty complicated but we are working on it.”

The Archbishop also told how he had enjoyed drama at school and there was a “short fantasy moment” when he thought about becoming an actor.

COMMENT: Well, if being an actor is about pretending to be someone you are not, in public, then at least one childhood dream has come true for the old boy. 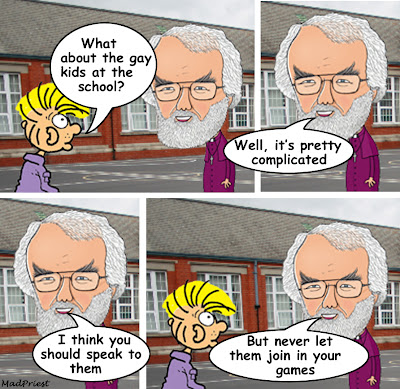