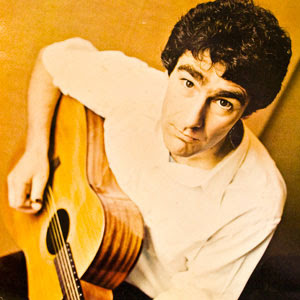 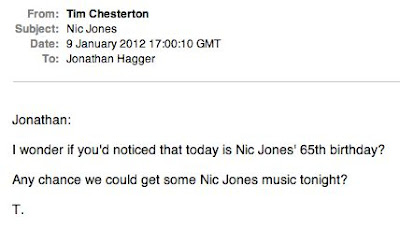 My favourite is the last but one track,
"Little Pot Stove." I have no idea why.

Nicolas Paul "Nic" Jones was born on 9 January 1947 in Orpington, Kent. He first learned to play guitar as a young teenager. His interest in folk music was aroused by some old school friends who had formed a folk band called The Halliard. When the members of the group decided to turn professional, one of them left to pursue a different career and Nic was invited to take his place. Whilst playing with The Halliard, Jones learned to play the fiddle, and also how to research and arrange traditional material. The group toured the UK between 1964 and 1968, eventually splitting up when two of the members decided to pursue careers outside the folk music business.

During his career, Jones was much in demand as a session musician and he guested on albums by leading UK artists such as June Tabor, Shirley Collins, Barbara Dickson, Richard Thompson and many others. He was also a member of short-lived folk group "Bandoggs", comprising Jones, Tony Rose, Peter Coe and Chris Coe, and which released one album in 1978.

In February 1982 Jones was involved in a serious car accident while driving home after a gig at Glossop Folk Club. Jones' car ran into a lorry pulling out of "Whittlesea brickworks" on the road between Peterborough and March in Cambridgeshire. He suffered very serious injuries, including many broken bones and brain damage, and required intensive care treatment and hospitalisation for a total of eight months. Jones's injuries left him with permanent physical co-ordination problems and unable to play the guitar as well as before – he could also no longer play the fiddle at all. The accident effectively ended his career as a touring and recording professional musician.

On 5 August 2010, after an absence of 28 years, Jones made a return to the stage. He appeared at an event dedicated to his music at Sidmouth Folk Week. Jones sang three songs with one of his former bands Bandoggs and commented that he would "consider performing again – but wanted to sing his own songs." (WIKIPEDIA) 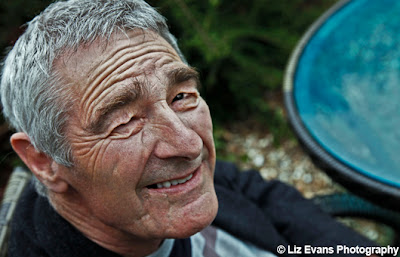