What I want to know is why a gay couple can trigger Armageddon but not a celibate priest. I mean, surely the issue (or rather the lack of issue) is exactly the same. 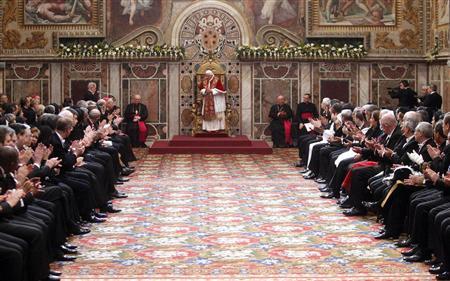 Pope Benedict said Monday that gay marriage was one of several threats to the traditional family that undermined "the future of humanity itself." He made some of his strongest comments against gay marriage in a new year address to the diplomatic corps accredited to the Vatican in which he touched on some economic and social issues facing the world today. He told diplomats from nearly 180 countries that the education of children needed proper "settings" and that "pride of place goes to the family, based on the marriage of a man and a woman."

"This is not a simple social convention, but rather the fundamental cell of every society. Consequently, policies which undermine the family threaten human dignity and the future of humanity itself," he said. 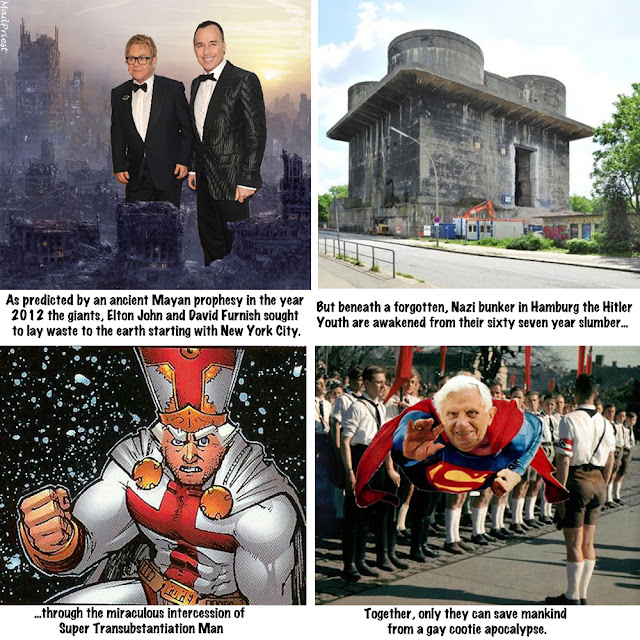