For most people adding the name of where they live on Facebook is relatively straightforward. A problem, however, arises when the place where you live is seemingly branded as offensive by the social networking site. One woman from Effin in County Limerick in the Irish Republic has so far been unable to add the village name to the 'home place' section of her Facebook profile. Ann Marie Kennedy has now started an online campaign to to get Effin recognised.

"It's a great little parish. I'd just like to put it down (on Facebook), because I'm from Effin, and so would so many Effin people around the world. I'm a proud Effin woman and I always will be an Effin woman.”

Although she recognised the pun "is funny", she said it "is not as funny as other people find it".

COMMENT: Actually it is, Ann. But good on yer, anyway.

It is believed that the town is named after Saint Effin (who is probably simply known as the Effin saint nowadays - sorry Ann).

Saint Effin is the patron saint of Tourette Syndrome sufferers. 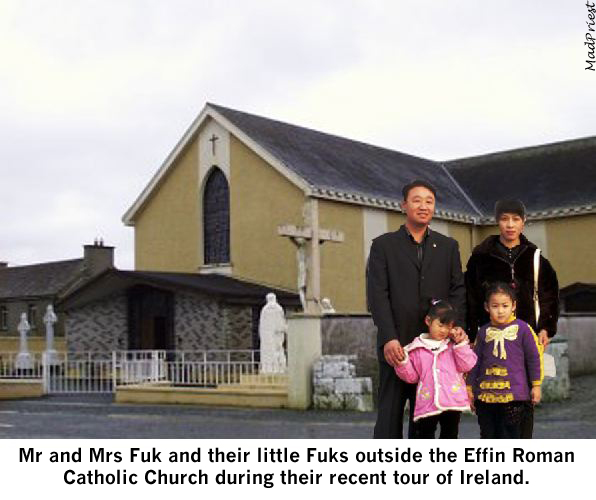