At the end of November, Israel passed a bill that bans the declawing of cats—with some seriously stiff penalties. Those convicted of the crime will face up to a year in prison and a $20,000 fine.

If the idea of banning the practice shocks you, you're probably American: About 25% of cats in the U.S.A. are believed to be declawed, but doing so is illegal in Europe, Australia, Brazil, and beyond (and a few California cities.)

The procedure is actually called an "onychectomy," and Discover points out that it involves more than just removing the nail. Generally the entire toe joint, including the bone found there, is amputated, the equivalent of having your fingertips chopped off around the third knuckle. Because cats rely on this part of their paw while walking, Israel believes the move will safeguard cats' ability to walk normally and defend themselves, and will prevent the medical complications that affect as many as 20% of cats after declawing.

COMMENT: I first heard about this barbaric practice when my sister in law in Canada notified me casually that she had declawed her new cat. I was, to say the least, shocked and appalled. You wouldn't pull a puppy's teeth. Or perhaps you would. 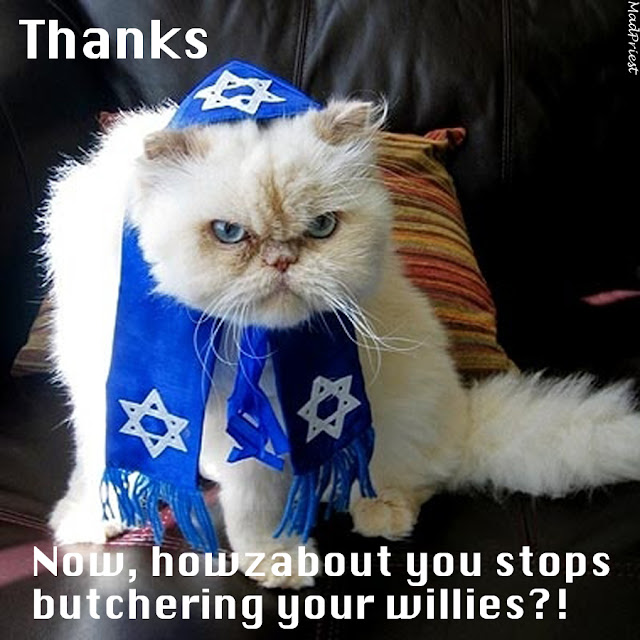