Officials in Pakistan are demanding that mobile phone operators block all text messages that include words they define as being "offensive". The Pakistan Telecommunications Authority has produced a list of more than 1,000 swearwords, anatomical terms and other phrases judged likely to be used obscenely. The usual, unrepeatable, suspects are there, but so are a number of seemingly innocuous words, the inclusion of which has baffled some observers, including the following:

They are also recommending the banning of really naughty words such as "breast" and "homosexual," as well as the word "Jesus."

COMMENT: Muhammed me sideways! What a bunch of jerks.
That's if I'm allowed to say "jerks." 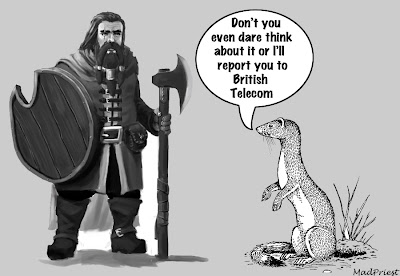