From a secret Torah Declaration, being passed around between ultra-orthodox Jews, exposed yesterday at THE HUFFINGTON POST: 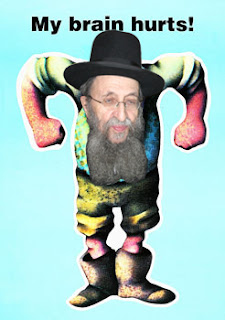 We emphatically reject the notion that a homosexually inclined person cannot overcome his or her inclination and desire. Behaviors are changeable. The Torah does not forbid something which is impossible to avoid. Abandoning people to lifelong loneliness and despair by denying all hope of overcoming and healing their same-sex attraction is heartlessly cruel.

The therapy consists of reinforcing the natural gender-identity of the individual by helping him or her understand and repair the emotional wounds that led to its disorientation and weakening, thus enabling the resumption and completion of the individual’s emotional development…There is no other practical, Torah-sanctioned solution for this issue.

It requires tremendous bravery and fortitude for a person to confront and deal with same-sex attraction. For example a sixteen-year-old who is struggling with this issue may be confused and afraid and not know whom to speak to or what steps to take. We must create an atmosphere where this teenager (or anyone) can speak freely to a parent, rabbi, or mentor and be treated with love and compassion. Authority figures can then guide same-sex strugglers towards a path of healing and overcoming their inclinations.

COMMENT: It's all about control. Powerful Jewish leaders are just as bad as everyone else when it comes to having to be in charge. In "The New Statesman" this week there was an interview with the chief rabbi of England, Jonathan Sacks. In it he argues that blogging is bad and that the internet is best used for "education." I can guess who he thinks should be educated and by whom that educating should be done.