It seems Catholics are the most adulterous religious group in Britain. The number of Catholics actively looking for affairs was almost twice that of other religions, a survey has found.

Research showed 21.5% of the 600,000 members on an extra-marital dating site were Catholic - a high figure since they make up only 10% of the UK population Church of England followers are less common – although 40% of English citizens list themselves as CofE, Anglicans only made up 33% of members surveyed by extra-marital dating site Illicit Encounters. Furthermore, CofE subscribers turned out to be more faithful in their marriages than atheists and agnostics, listed as 'no religion'. The most loyal spouses were either Jewish or Methodists.

COMMENT: So there you have it. Methodists really are as boring as people say they are. As for the more fervent type of Jewish male I'm surprised, to be honest, that they ever get to pick up women. I mean, ladies, would you? 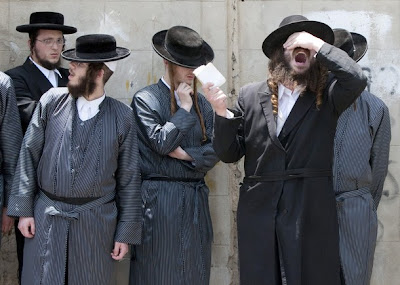