From MY CENTRAL JERSEY: 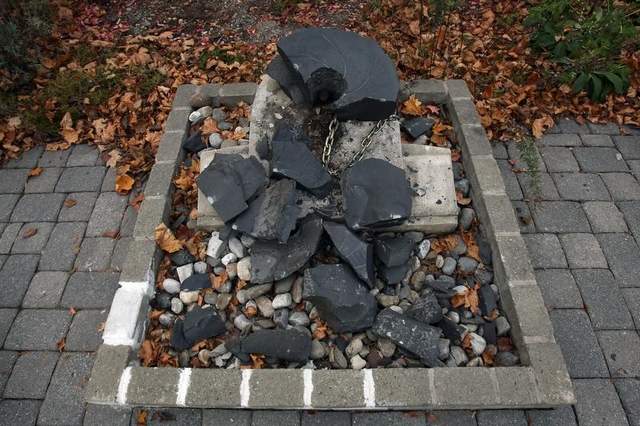 A Mendham man charged with destroying a memorial for sexual abuse at St. Joseph’s Roman Catholic Church with a sledgehammer has applied for a public defender and has a hearing scheduled for after the new year. Meanwhile, Paterson Diocese officials said Monday that the memorial, a black basalt millstone considered one of a kind because of its location at a Catholic church, would be replaced without significant changes. That statement came one day after the St. Joseph’s pastor, Monsignor Joseph Anginoli, said a replacement would take a different form.

Ken Mullaney, the diocese attorney, said the church pastor wants to add something to the memorial that would be “a symbol of hope for the future,” like a statue of Jesus embracing a child. “He has no intention of replacing the millstone, that’s for sure,” Mullaney said.

Gordon Ellis has been charged with criminal mischief, defacement of property, desecration of a memorial and possession of a weapon, the sledgehammer, for an unlawful purpose.

COMMENT: Well, I think I've had an idea for a replacement memorial which should please (or annoy, of course) everybody involved and which contains an appropriate message. It might even appeal to the bloke who smashed it up. 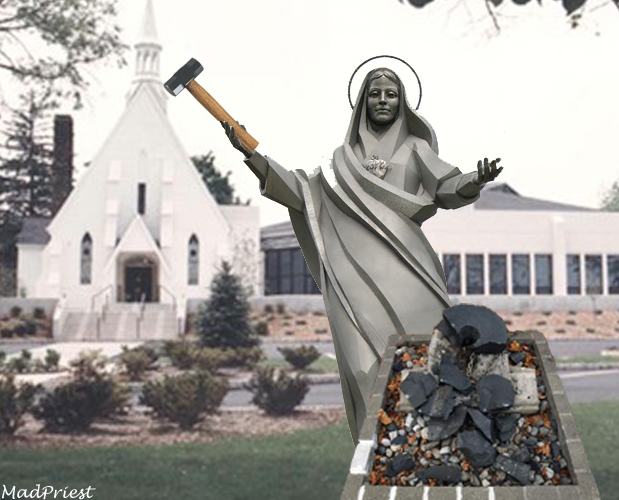