Bishop Arturo Bastes, a member of the Catholic Bishops’ Conference of the Philippines Permanent Council, has called on the Kapisanan ng mga Broadcaster ng Pilipinas (KBP) to go after radio anchors and disc jockeys who use vulgar language in their programs.

Speaking over Church-run Radyo Veritas, the prelate particularly urged the KBP to monitor the evening radio programs in the FM band where most of the youth are tuned in.

“Some of the DJ’s especially in midnight programs are using indecent language and vulgar language. We should use good words on air to help uplift the morality of Filipinos,” he added

Cardinal O’Brien, the president of the Bishops’ Conference of Scotland, will use his homily on the feast of Christ to warn politicians that ‘insulting, demeaning and attacking one another’ devalues democracy.

The cardinal believes that many members of the electorate are turned off by political ‘slanging matches’ and don’t vote. He will also flag up that the recent bad example set by Scottish politicians may to lead to an overall drop in ‘standards of politeness and decorum,’ especially among the young.

COMMENT: Falling standards of politeness and decorum in Scotland?! Now how is that possible? 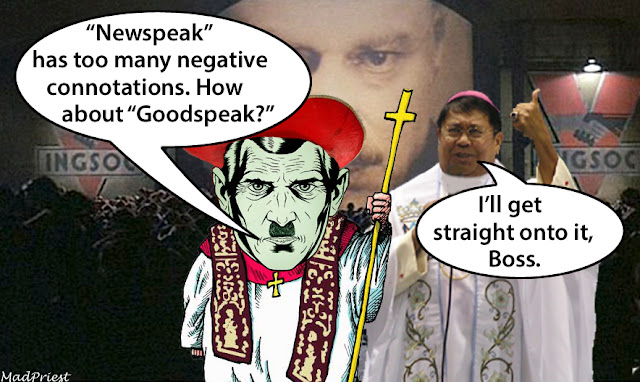